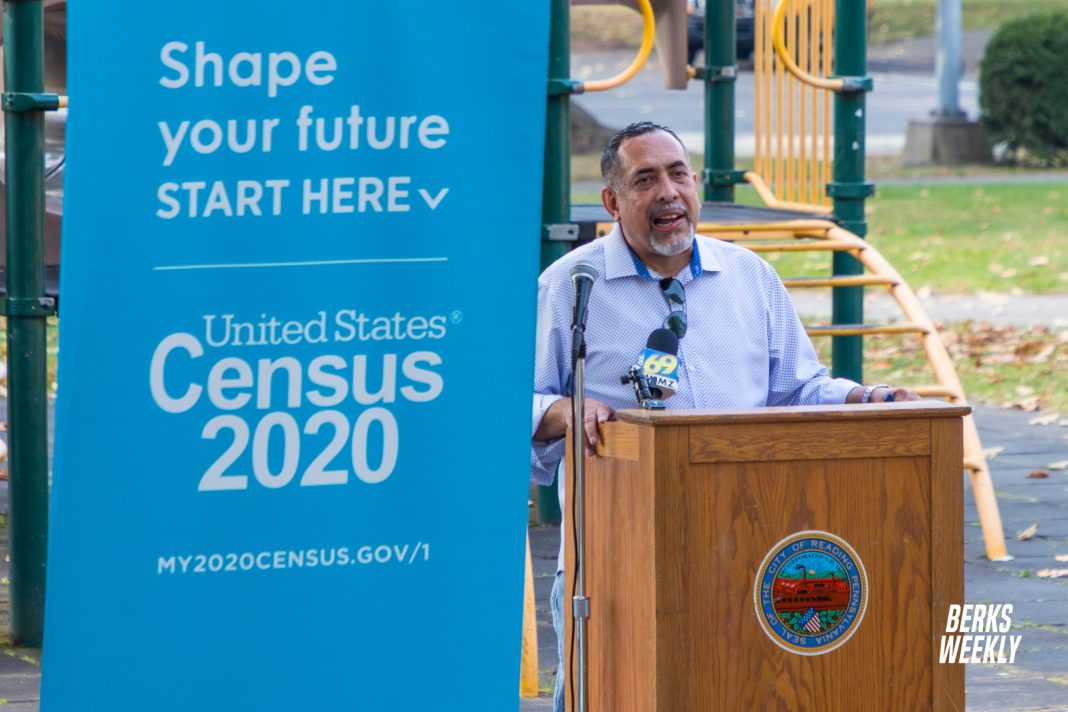 “The 2020 Census remains a top priority for our administration. I will continue encouraging others to be counted until the very last day,” said Mayor Moran.

“An accurate count of our residents will give us updated data on our population and therefore provide us access to the correct amount of federal funding for services our community needs and uses every day.”

Kicking off at City Park, the route reflected areas the Census Bureau listed as having a low self-response rate. The caravan made pre-coordinated stops along the way with Census staff ready to help residents complete the questionnaire.

“We partnered with the Reading School District, the Reading Housing Authority, the County, local business owners, faith leaders in our community, and various other organizations to reach each resident in every possible way.”

The caravan ended at the 3rd and Spruce playground with the Mayor providing an update to the city’s count effort.

“This caravan is our final opportunity to have those in shelters, homes, working, newly arrived and anyone else that hasn’t been counted. After my conversation with U.S. Secretary of Commerce Wilbur Ross and the Census Bureau’s Associate Director for Field Operations Tim Olson, we confirmed over 120 additional bilingual enumerators for the Reading area. I am confident our results will reflect all of the hard work that has gone into ensuring every person is counted.” said Mayor Moran.

Concluding the event, the Mayor announced the City has reached a “100% total response” rate, a number he said was provided by local Census personnel. However, reaching 100% response doesn’t mean the count is over, as only 56% of residents have actually completed the Census in the City.

“We went to over 14,000 houses of people who did not respond via mail, telephone, or online, and got them to complete their Census” said Michael Molina, Census Recruiting Manager. “So we’ve reached out to every house hold at this point, and got a count for every household.”

For the Mayor, reaching every household isn’t enough, as he stated many people still remain uncounted. During his remarks, the Mayor said he will continue his efforts to make sure all residents complete the questionnaire. “We’re not going to sit back and rest, we are going to continue to work.”

The count will continue. Thursday, A federal judge in California ruled that national counting for the 2020 census can continue through October 31. The Trump administration is appealing the judgement.