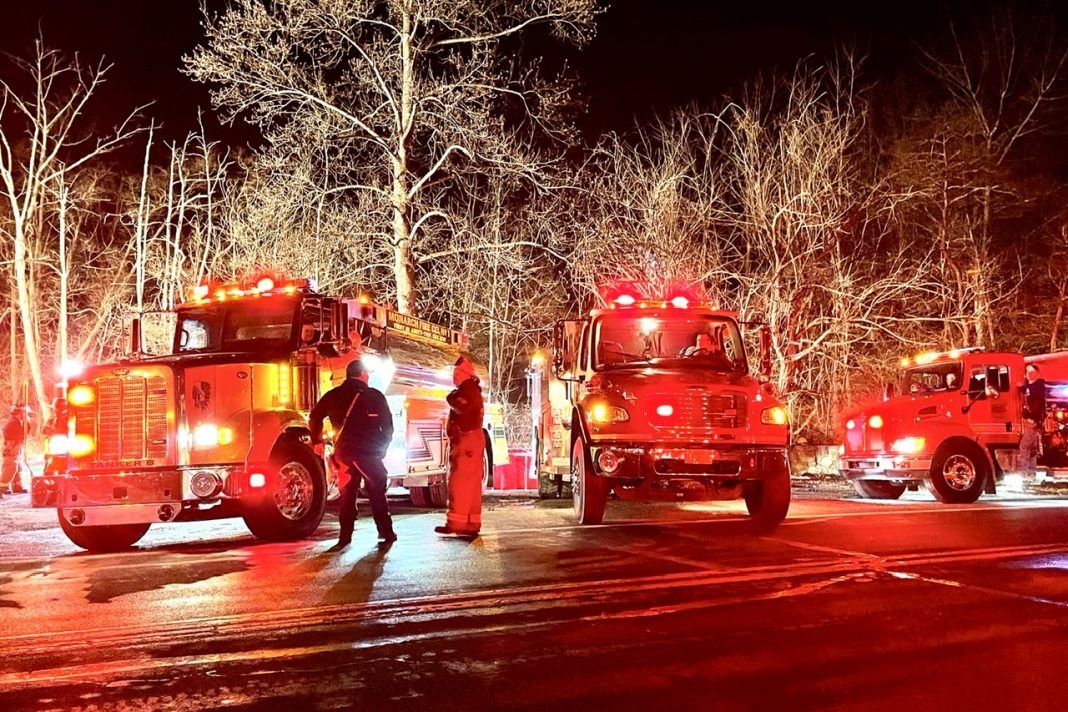 A firefighter and resident were injured in a house fire Friday night in Ruscombmanor Township. The fire broke out at approximately 7:30pm on Dreamland Park Road.

According to initial dispatch reports, a resident jumped from the 2nd floor to escape the flames. As crews arrived on-scene, they found a man lying on the ground next to the building. The resident was transported to the hospital with unknown injuries.

Located down a quarter mile gravel road, several nearby fire companies were requested to assisted in supplying water and transport personnel to the scene.

At one point, it was reported portions of the roof collapsed on the building and firefighters were called evacuated the building. One firefighter was stuck by falling debris and later transported to the hospital for minor injuries.

Pricetown Road was closed for several hours. The State Police Fire Marshal was requested to investigate the cause.

The article will be updated when additional details are released.