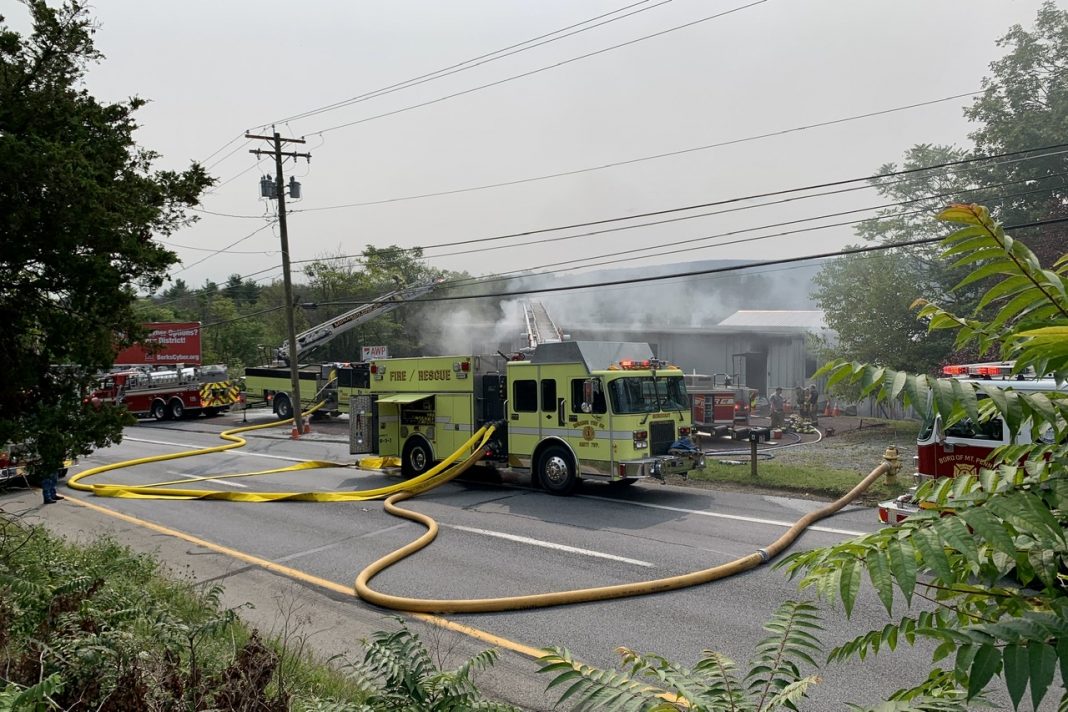 Firefighters from Berks, Chester, and Montgomery Counties responded to a structure fire at a commercial building Wednesday morning in Amity Township.

At approximately 10:30am, County Dispatchers reported a garage fire in 100 block of East Ben Franklin Highway.

Upon arrival, crews quickly upgraded the fire to 2 alarms for a commercial building, and called in the Berks County Tanker Task Force.

During the response, firefighters learned people may have been trapped inside the building. After a full search, crews determined no one was inside.

A third alarm was called roughly 30mins after the initial dispatch for additional manpower.

The fire was placed under control at 11:45am. The cause of the fire is still under investigation. Reports of injuries were not immediately available.