Following the service at St. Peter’s Church on South 5th Street, a procession traveled through Reading, which briefly stopped at City Hall for a salute of honor by the Reading Police and Fire Departments. The ceremony included a special presentation of the national flag to the family and continued to St. Mary’s Cemetery ‘Millmont’ for the burial.

“The City of Reading mourns the passing of Mayor Joe Kuzminski, who was not only a dedicated public servant but a fixture in the community who will be sorely missed by all who came in contact with him,” said Mayor Eddie Morán. “His legacy of public service will continue for quite some time as he built up decades of respect and admiration in every corner of Reading.” 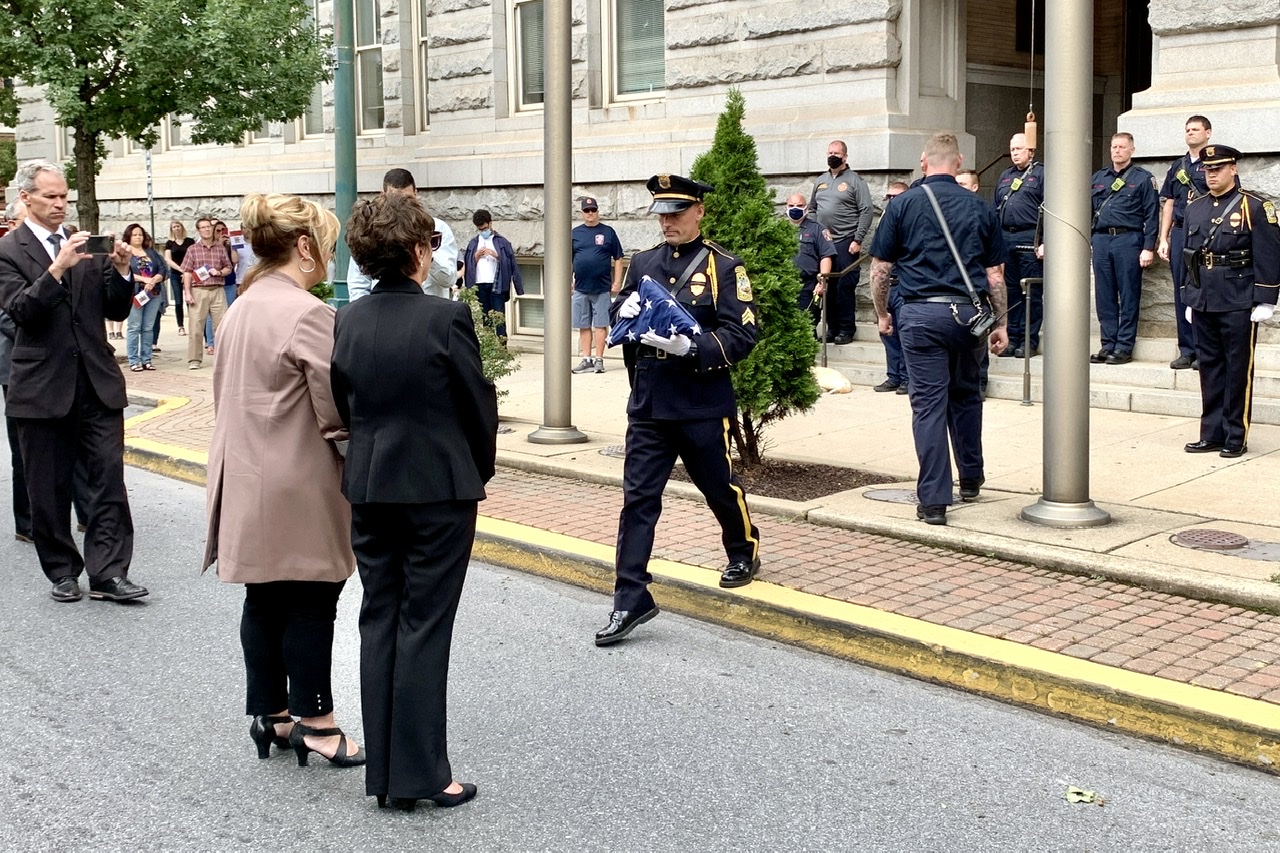 Serving as Mayor from 1976 to 1980, Kuzminski was also a member of Reading City Council from 1960-1976 under the previous Commission form of government in which council members exercised legislative and executive powers. That form of government was replaced by the Home Rule Charter in 1996.

In 2008, Kuzminski was appointed to the Reading Area Water Authority, where he served for five years.

“Joe was highly involved in local government in many areas and always dedicated to the improvement of our community with his dignity, focus, and strong ethical fortitude. While we are deeply saddened by Joe’s passing, we are also grateful for his long life and his service to the City he dearly loved.”

Kuzminski is survived by Cindy Castner, his daughter, who continues his work ethic and integrity in delivering municipal services as Reading’s Downtown Coordinator and Public Properties Manager.