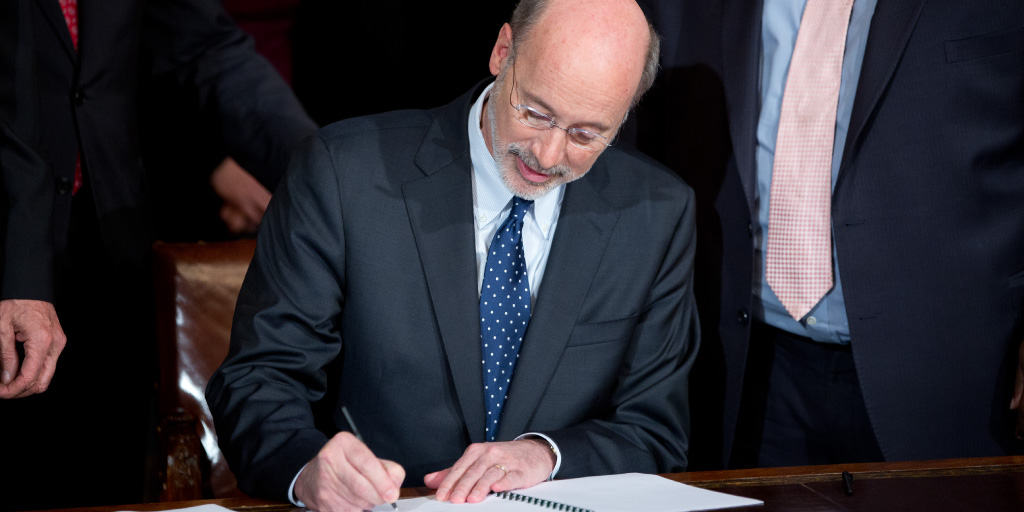 “While Independence Day marks the conception of a free nation, Juneteenth is a celebration of the fulfillment of this ideal through the Emancipation Proclamation,” said Gov. Wolf. “In honoring this day, I encourage all Pennsylvanians to reflect on the struggles and sacrifices our forefathers made to give us freedom, while realizing the importance of continuing to build a nation that truly reflects the self-evident truth that all people are created equal.”

Juneteenth, a portmanteau of June and nineteenth, recognizes news of the Emancipation Proclamation reaching the furthest point in the south, Galveston, Texas, on June 19, 1865. Slaves were previously unaware they had been made free nearly two years earlier until Union soldiers reached them after the conclusion of the Civil War. Act 9 establishes Juneteenth as an official annual observance in Pennsylvania.

“I am thrilled to see House Bill 619, Juneteenth National Freedom Day, signed by the governor, and I thank him and my colleagues in the House and Senate for their unanimous support,” said Rep. Sue Helm, who sponsored the legislation. “I hope that the annual observance of Juneteenth will lead to more knowledge and awareness of the events that unfolded in the years after the Emancipation Proclamation, and will help to tell the whole story of the abolition of slavery.”

“On Juneteenth, we commemorate the day when millions of African Americans were freed from the horrors of slavery. We also celebrate the continued education and achievement of African Americans, in the face of overwhelming discrimination and hardship,” said Rep. Stephen Kinsey, Chairman of the Pennsylvania Legislative Black Caucus. “Today should be a reminder to us – as individuals, as institutions – to recommit to liberty, justice and equality, so we can move our nation forward, providing opportunities and promoting success for all.”