Firefighters and paramedics responded to the YMCA on Washington Street in Reading Friday afternoon for a hazmat incident, initially suggested to stem from a reaction of pool chemicals being mixed together.

City officials say roughly 10-20 people were affected, a mix of ages from kids to adults.

During the incident, roughly 50 children and 15 adult staff sheltered in place nearby while crews located the chemicals and ventilated the building. 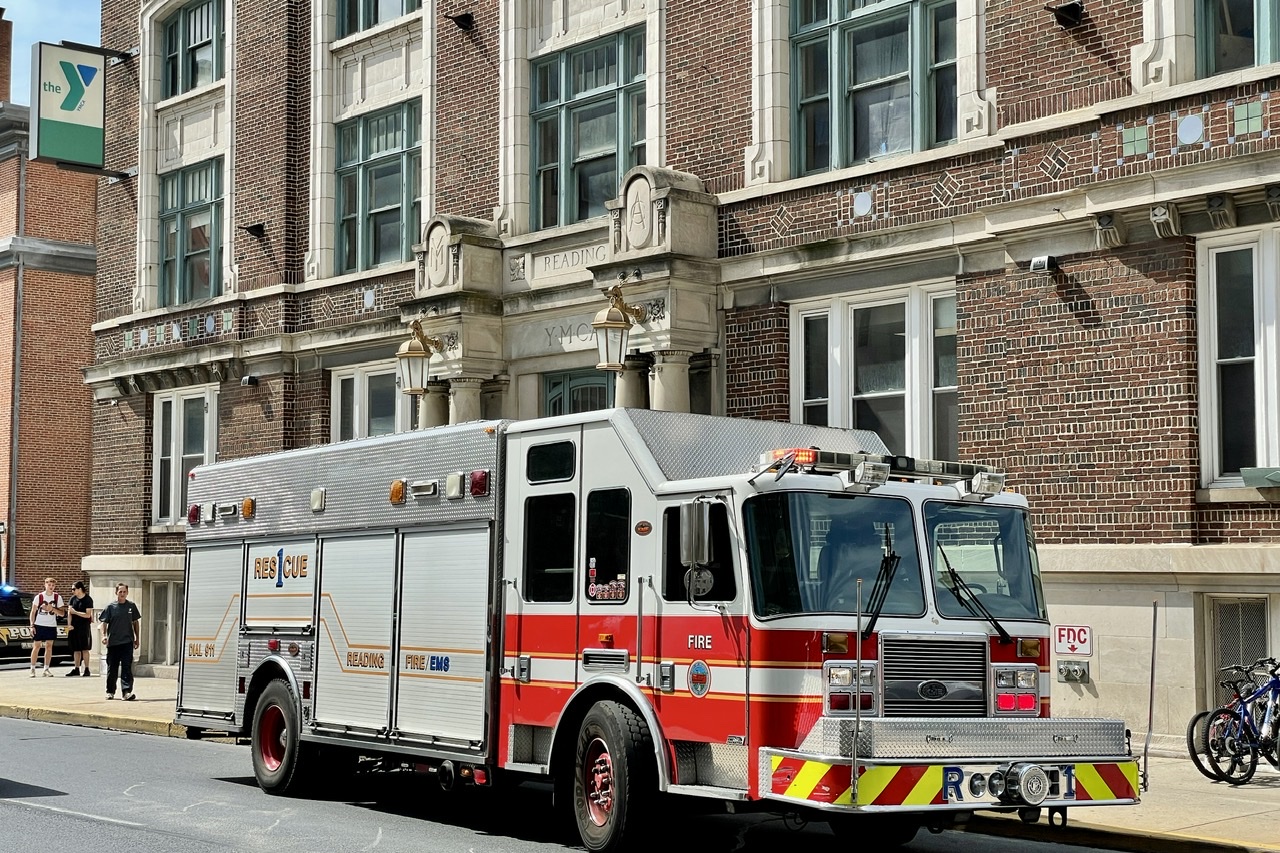 Several ambulances were called in to a staging area at a nearby fire station to transport those experiencing symptoms to area hospitals.

Officials say a mixture of chemicals created some type of gas that, after inhaling, caused various reactions such as trouble breathing, mucus, irritation, and rash.

A statement from the City reads: “The mayor has been made aware and shares the concern of everyone’s well-being. He is glad to know no one’s life is at high risk and is praying for a soon resolution of the situation. In addition, he is constant communication with our Emergency Management Services Department and has placed a call to YMCA’s CEO to extend the City’s assistance in addition to the EMS and Fire services.”

Information is limited, but officials say no one is in critical condition.

YMCA of Reading and Berks County CEO Kim Johnson released the following statement Saturday: “Yesterday afternoon an incident took place in the chemical room below the Reading YMCA indoor swimming pool. Our staff immediately call 911. Local police and fire official promptly arrived to assist and evaluate the situation. As of last evening, it is my understanding that all the children and employees were released after being evaluated by EMS and hospital officials. The Reading YMCA pool will remain closed until investigation of the incident is complete. I appreciate the prompt response from the first responders.”