Hundreds Gather for Juneteenth Rally and Cookout in City Park 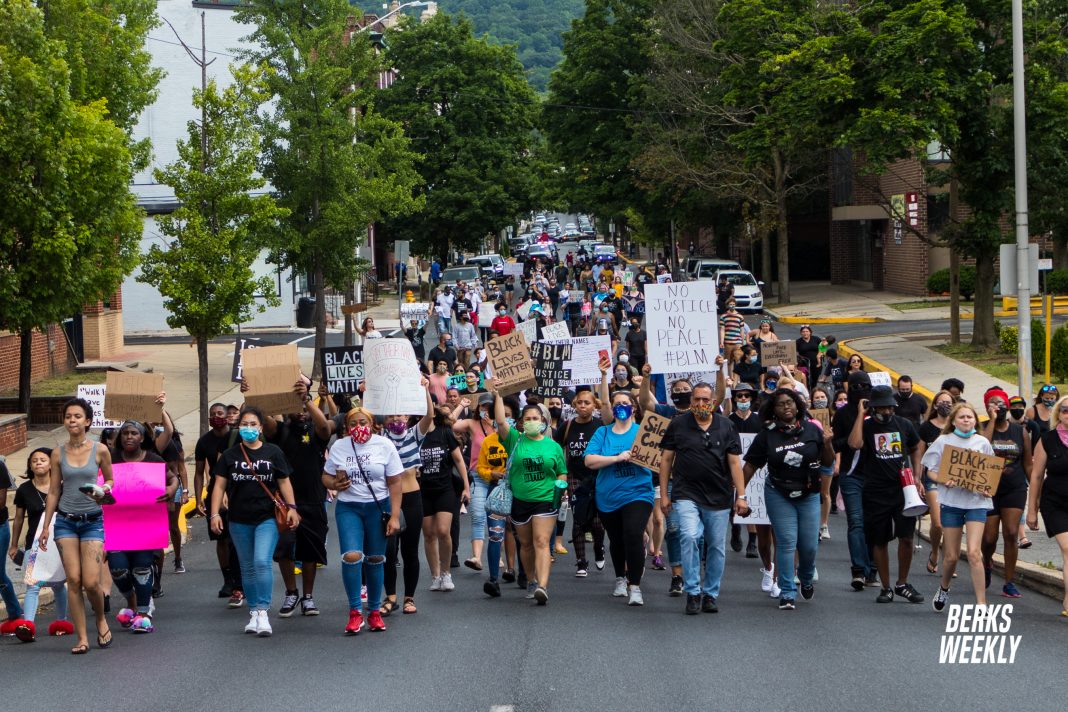 “Our skin is not a weapon.” Those were the words echoed by Shakair Mccain in City Park Friday afternoon. Mccain, co-organizer of the Juneteenth peace rally, feels there is a lot of deep rooted issues in Berks County, racism being the first.

“To be blunt, every time we try to bring it up, they shut us down” Mccain said. “They all try to tell us that it’s no big deal, to get over it. This time we’re not doing that because there are unarmed men and women being murdered by police everyday.”

Meeting in front of the Christopher Columbus statue located at the bottom of City Park, the rally drew a crowd of a few hundred people. Being the first time Mccain has hosted an event this large, she says she was initially nervous, but seeing everyone gather gave her courage to lead the group.

“I just wanted to bring everyone together that care about Black lives” says Mccain. “Just so we can march together, and share a meal afterwords.”

It took three weeks for Mccain to plan the event, which included several community speakers, a march to the Berks County courthouse, and a barbecue cookout in City Park.

During the planning process, Mccain reached out to the city to help with logistics of the march. Mccain said she was happy to see Mayor Moran attend the event and march with the group.