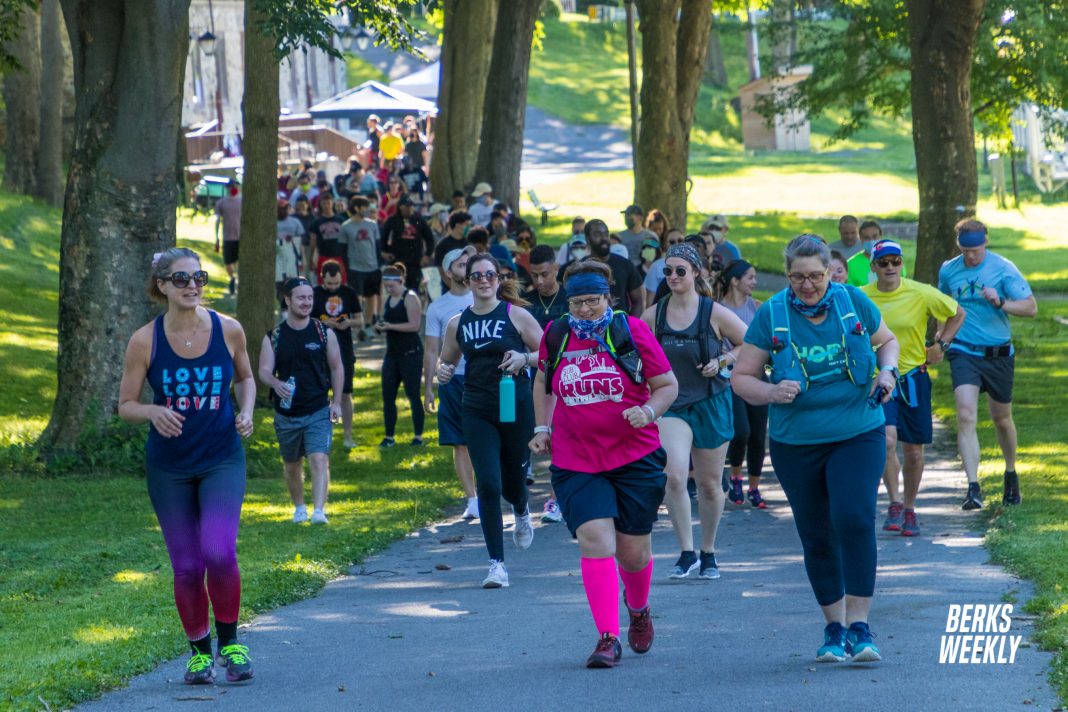 To honor the memory of George Floyd, the Minnesota man who died on May 25 at the hands of Minneapolis police, local runners gathered in West Reading Park Saturday morning for a 8.46 mile run/ walk.

Co-organizer, Emma Blair, said she chose the 8.46 mile distance for the time Officer Derek Chauvin had his knee on Floyd’s neck, 8 minutes and 46 seconds.

“This all started because I wanted someone to run with me so I could show my support” said Blair. “Through the power of social media, it got bigger which is great. I’m just doing it in support of the Black Lives Matter movement.”

Runners were given the option to run virtually at home, or gather at West Reading Park. Roughly 75 people gathered in the park, where they made signs and banners prior to disembarking. 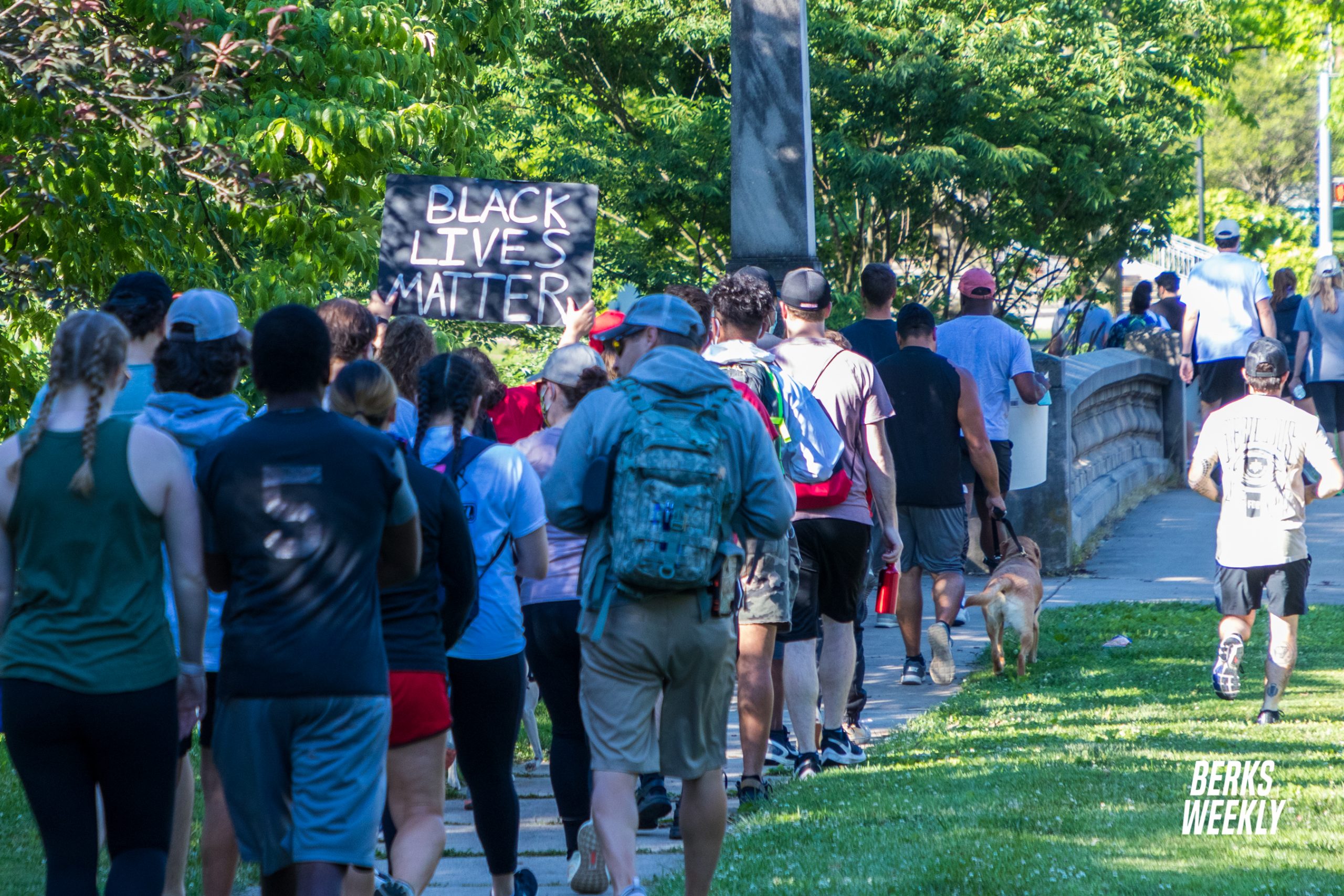 “It’s all about unity, were not hear to say we’re against police or society, we’re hear for unification” said co-organizer Javar Colon.

“If everyone can stand up for one another, for all rights, LGBTQ community, people with disabilities, immigrant children. Everyone who doesn’t have a voice, needs to have a voice.”

Both Blair and Colon worked with the West Reading Police Department in planning the event, discussing route details and safety. “In all honesty, I don’t feel comfortable talking with police” said Colon. “Chief Powell went out of his way to make us comfortable, and I realized he really stands with us.”

Runners and walkers traveled from West Reading Park to the Schuylkill River Trail, eventually turning around at the tail head near the 422/176 interchange, before returning to West Reading.

Blair also hosted an online fundraiser, with the money being donated to the NAACP legal defense fund. With a goal of $846 dollars, Blair raised over $5,000 as of Saturday morning.