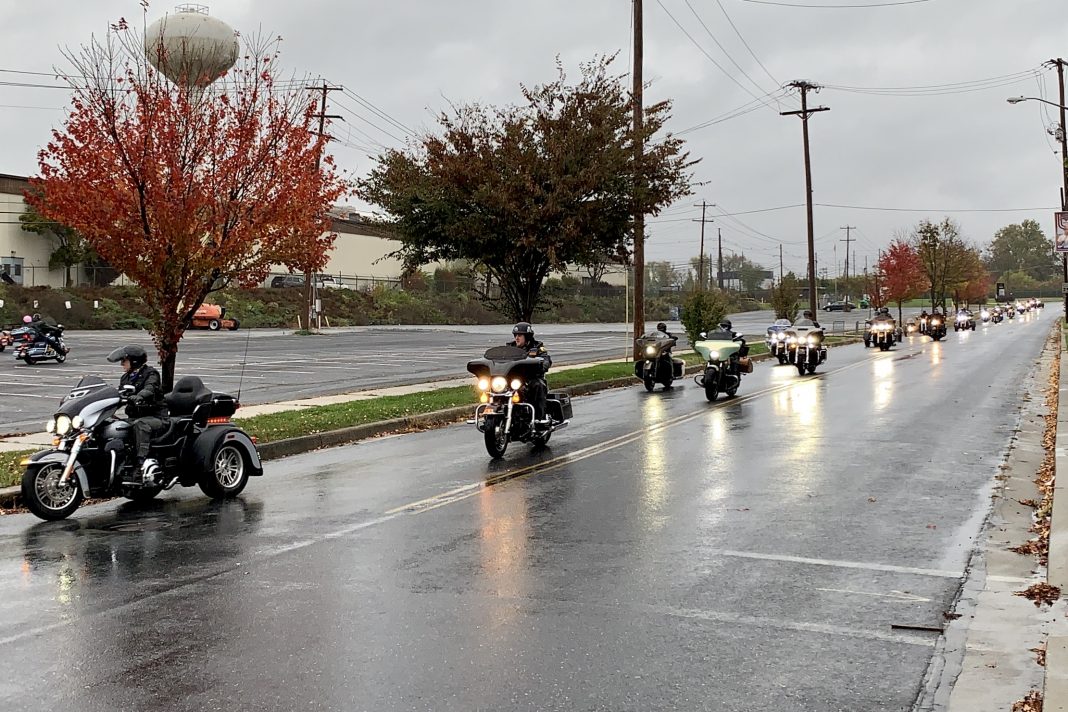 The rain didn’t stop dozens of motorcyclists from turning out for the 14th Annual Eastern PA Toy Run on Sunday at FirstEnergy Stadium.

Benefitting the United States Marine Corps Reserve Toys for Tots Program and The Children’s Home of Reading. Bikers, Jeep’s, and classic car enthusiast paraded from Classic Harley-Davidson in Leesport to FirstEnergy Stadium to donate toys to kids in need.

Everyone is encouraged to bring a toy of any value or make a monetary donation that will be used to purchase additional toys for children.

Following the parade, the Fightin Phils opened up the ballpark for food and drinks at the Grand Slam Grill and the Yuengling Tap Room. Guests were also treated to hot chocolate.

The Eastern PA Toy Run began in 2007 after the Berks County Toys for Tots motorcycle run was nearly cancelled due to the deployment of the Marine Corps Reserve Unit.

Multiple motorcycle runs combined and teamed with the Fightin Phils in order to continue benefitting Toys for Tots in Berks and Lebanon counties as well as The Children’s Home of Reading.