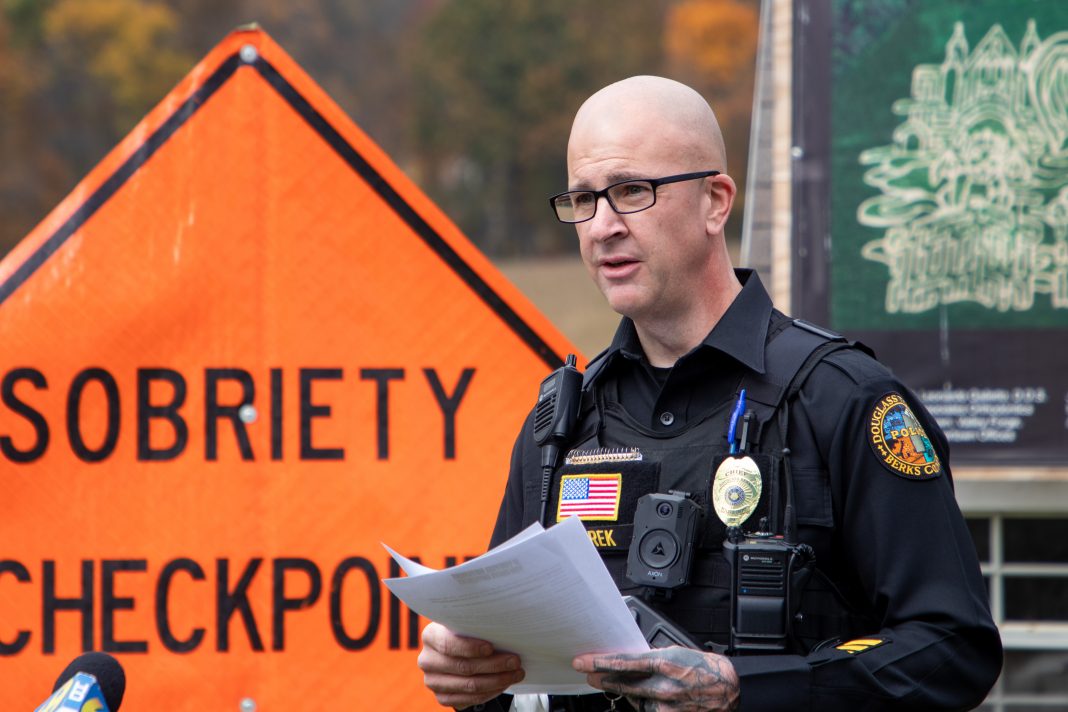 The Douglass Township Police Department, along with other local law enforcement agencies in the Berks County DUI Taskforce, will be increasing DUI enforcement over the Halloween weekend.

To help spread the message of safe and sober driving habits, Douglass Township Police Chief John Dzurek, along with Exeter Police Sgt. David M. Bentz, and Highway Safety Network officials gathered at the Wilcox Farms Corn Maze, just outside of Boyertown, to remind the public of the dangers of driving under the influence.

”Remember, it is never ok to drink and drive. Even one alcoholic drink may cause you to be over the legal limit. If available, call your community’s sober ride program, or invest in Uber or Lyft. It’s a lot cheaper than all the fines” said Chief Dzurek.

On average, a DUI can cost roughly $10,000 between attorney fees, court costs, and higher insurance costs. Citing national statistics, Chief Dzurek went on to mention that during Halloween night, from 2014 to 2018, 145 people were killed from drunk driving crashes.

Chief Dzurek urges those who sees drunk drivers to call 911. “If you have a friend who is about to drink and drive, take away their keys. Plan your parties accordingly, and don’t allow them to get on the road.”

“Our message is not about not having fun for Halloween. It’s to have a safe Halloween” said Exeter Police Sgt. David M. Bentz

“We want you to be a safe host. If your going to host a party with alcohol, that’s fine. Make sure your party attendants have a same way home. That’s part of being a good host.”