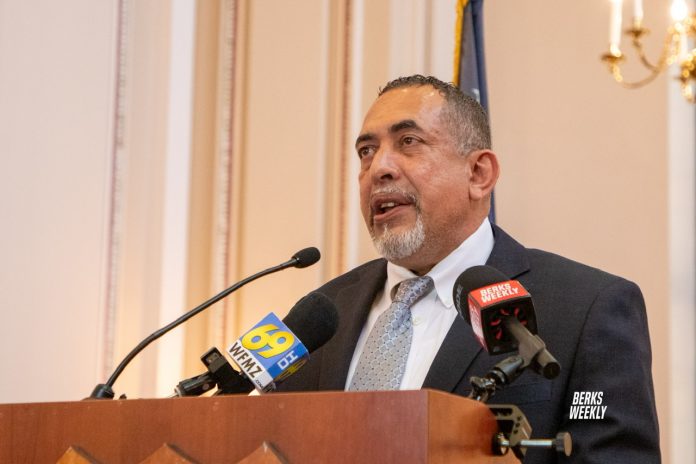 June 19, 1865, was the day that Union soldiers delivered the news to slaves on Galveston, Texas, the furthest point in the South, that they were freed more than two years earlier by the Emancipation Proclamation of President Abraham Lincoln.

Juneteenth is observed nationwide to reflect on the outrageous events the African-American community has suffered, coming a long way fighting for equality, respect, and liberty. It is also a time to celebrate and honor their culture, history, and endurance.

“I signed an executive order treating June 19, 2021, as a City Holiday, observed on Friday, June 18th providing a day off to all non-essential City employees” said Mayor Moran.

“I want to thank all parties involved in making this a reality and will work to establish Juneteenth as an annual holiday beginning in 2022.”

Rev. Dr. Bruce N. Alick, Pastor of the Zion Baptist Church in Reading, added, “I want to thank our honored and esteemed Mayor, Eddie Moran, for recognizing the importance of Juneteenth,”

“It is a time of remembrance of the past and hope for the future. This applies not only to Black Americans but to all Americans. As we reflect on the challenges of the past and those of our present day, we should remember the words of Dr. Martin Luther King, Jr.: ‘If the cruelties of slavery could not stop us, the opposition we now face will surely fail. Because the goal of America is freedom, abused and scorned tho’ we may be, our destiny is tied up with America’s destiny.’”

“America celebrates the 4th of July is as its Day of Independence. It is only right for Black Americans, joined by all Americans, to celebrate the 19th of June as their Day of Freedom” said Stacey Taylor, President of the NAACP Reading branch.

“Recognizing Juneteenth as a legal holiday is a step in the right direction to memorialize the significant sacrifices of the enslaved men and women who helped build this nation during one of the darkest periods in American history.”

“A legal holiday affords an opportunity to tell the history of the enslaved in a way that all people understand where we have been and how far we have come, while shedding light on the many challenges that continue to plague African American communities” said Stacey Taylor.