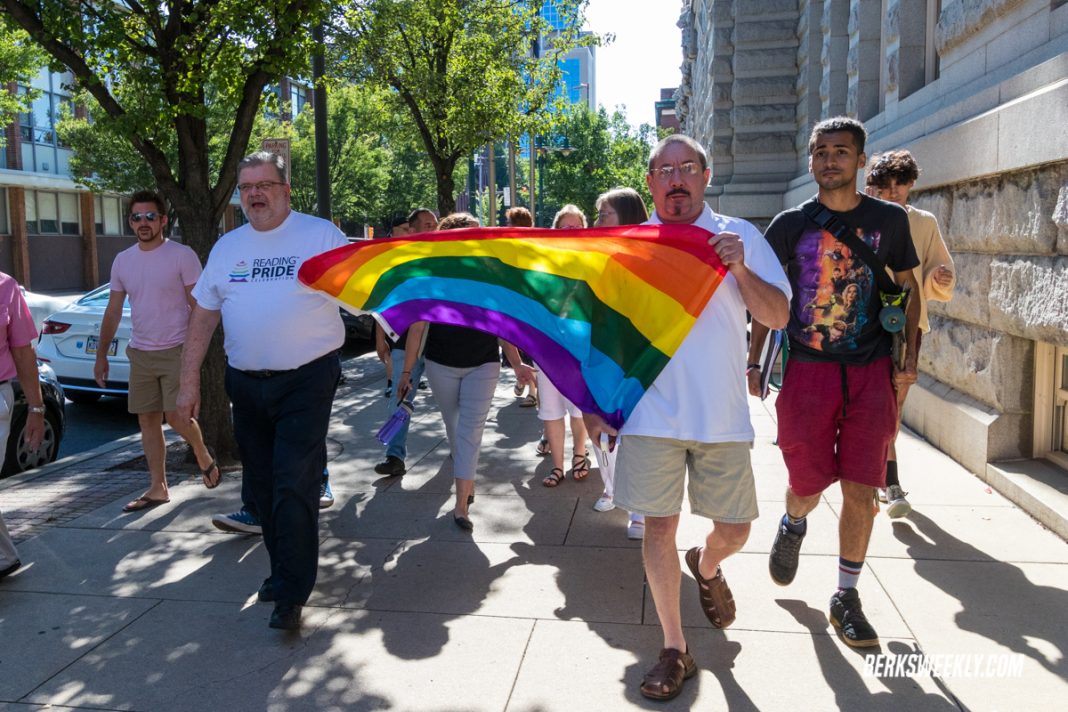 A Pride flag raising ceremony held at Reading’s City Hall was abruptly cancelled Monday night by Mayor Wally Scott. The event was planned to mark the beginning of Reading’s Pride Celebration, but instead quickly turned into a heated argument between Reading City Council President Jeffrey S. Waltman, Sr. and Councilwomen Donna Reed on the steps of City Hall.

Anticipating opening remarks by city officials, a crowd gathered at the steps. Just as the crowd gathered an argument broke out been to the two council members. It was then the group learned the disappointing news, the flag could not be flown due to an order by Mayor Wally Scott.

Waltman explained to the crowd that he was just notified by the mayor by phone that city council could not take part in the events. “He says he doesn’t support putting up flags for causes” says Waltman. “I apologize, but we can’t go against the Mayors wishes. The Mayor has instructed the administration not participate in the raising of the flag.”

This answer did not sit well with the crowd of supporters, including councilwomen Reed. “This is the peoples Mayor everyone” Reed says sarcastically. “But not all of us people.”

After a few back and forth statements Councilwomen Reed suggested the group walk to 9th and Washington Street to protest the matter. Leading with the Pride flag, the group made their way down the block. Once they arrived several residents gave their opinion on the matter.

“Our flag is being kept off the pole, so tomorrow I’m talking with the Human Relations Commission about this to see if we have a stance for discrimination.” Says Ernie Scheleg to the group standing on the street corner.

“We went through the protocol for checking everything out.” says Reed. “I contacted the Managing Director, I was told this flag would fly through the 21st. My apologizes to all of you, I don’t control the Mayor. I look forward to another year when one of the people standing here will be Mayor, and we won’t have this kind of discrimination.”

Reading City Hall has flown several flags other than the US, state, or city flag over the years. They include the POW-MIA flag, Flag of Puerto Rico (2017), French flag (2016), and the Dominican flag (2019).

In a statement posted to Facebook Monday night, The LGBT Center of Greater Reading offers a message of hope to the community. “What was supposed to be a proud and historical moment in history today for the City of Reading, the LGBTQ+ community and our allies, turned into a show of blatant, unacceptable discrimination.”

“To those who were on the street today in support; and to those who were with us in spirit, we are resilient; we will continue the fight for our rights. We see you, hear you, support you and celebrate you. Stay authentic and know you’re loved.” 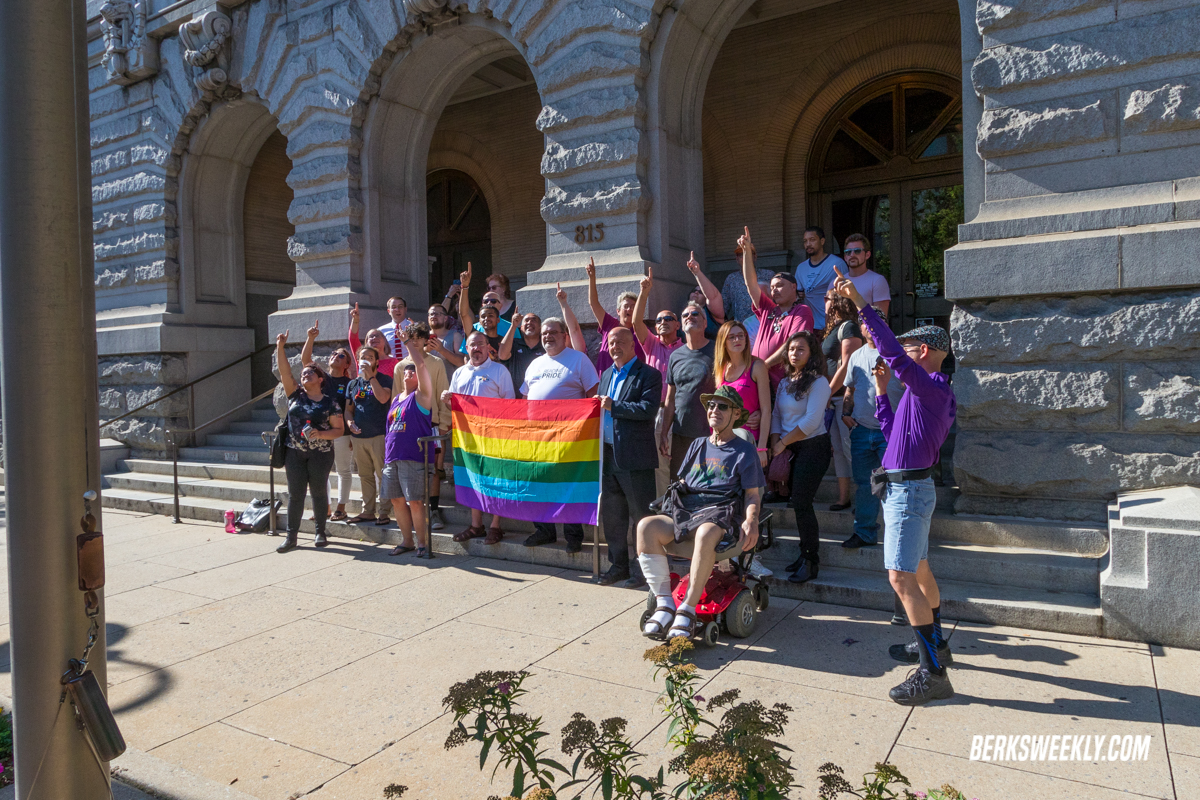 The group eventually made their way back to city hall, posing for a photo on the steps pointing up at the empty flag pole where the Pride flag would have flown.

In response to the cancelled flag raising ceremony, Reading Pride Celebration organizers are planning a “flag out” demonstration at the next Reading City Council meeting, Monday, July 22, 2019 at 7pm. “Please bring your rainbow flags and your voices to show Mayor Wally Scott that we are his constituents and we deserve to be represented!”