Schuylkill River Greenways National Heritage Area staff, along with a small group of community members and elected officials gathered Wednesday afternoon on the Schuylkill River Trail near the Berks/Schuylkill line to celebrate the restoration of the Auburn Schuylkill River Trail Bridge. Completing phase 2 of the project brings the organization one step closer to closing the trail gap between Hamburg to Auburn.

The rehabilitated structure is a former Pennsylvania Railroad bridge. It was constructed in 1919 to cross the Schuylkill River and compete with the Reading Railroad for Schuylkill County’s anthracite coal.

The historic plate girder bridge is now fitted with a new concrete trail deck and steel railings. The restored bridge is open to trail users with amazing views of the Schuylkill River, but won’t connect to the existing trail in Auburn Borough until the fall of 2022. 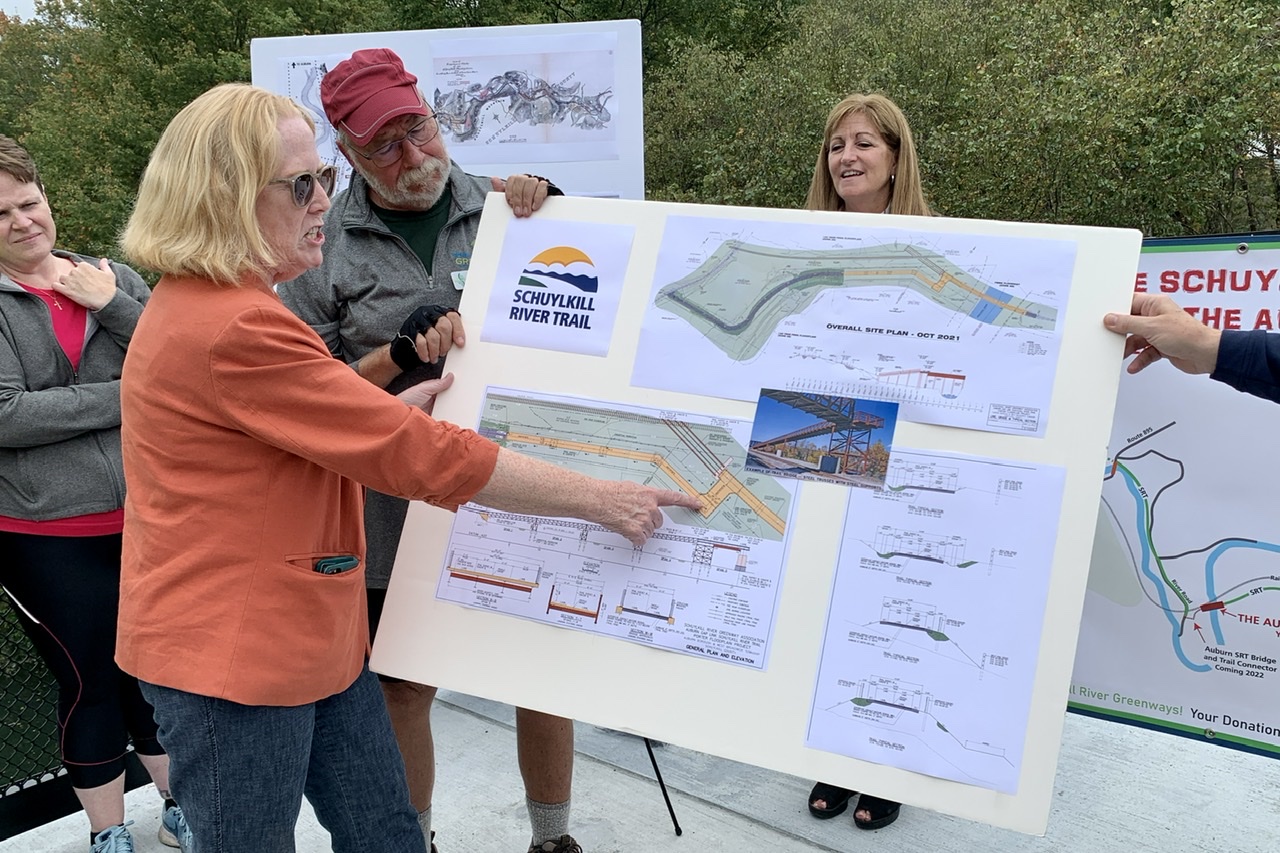 The organization is encouraging cyclists visit the bridge and enjoy the fall foliage with a ride on one of the most scenic sections of the trail. 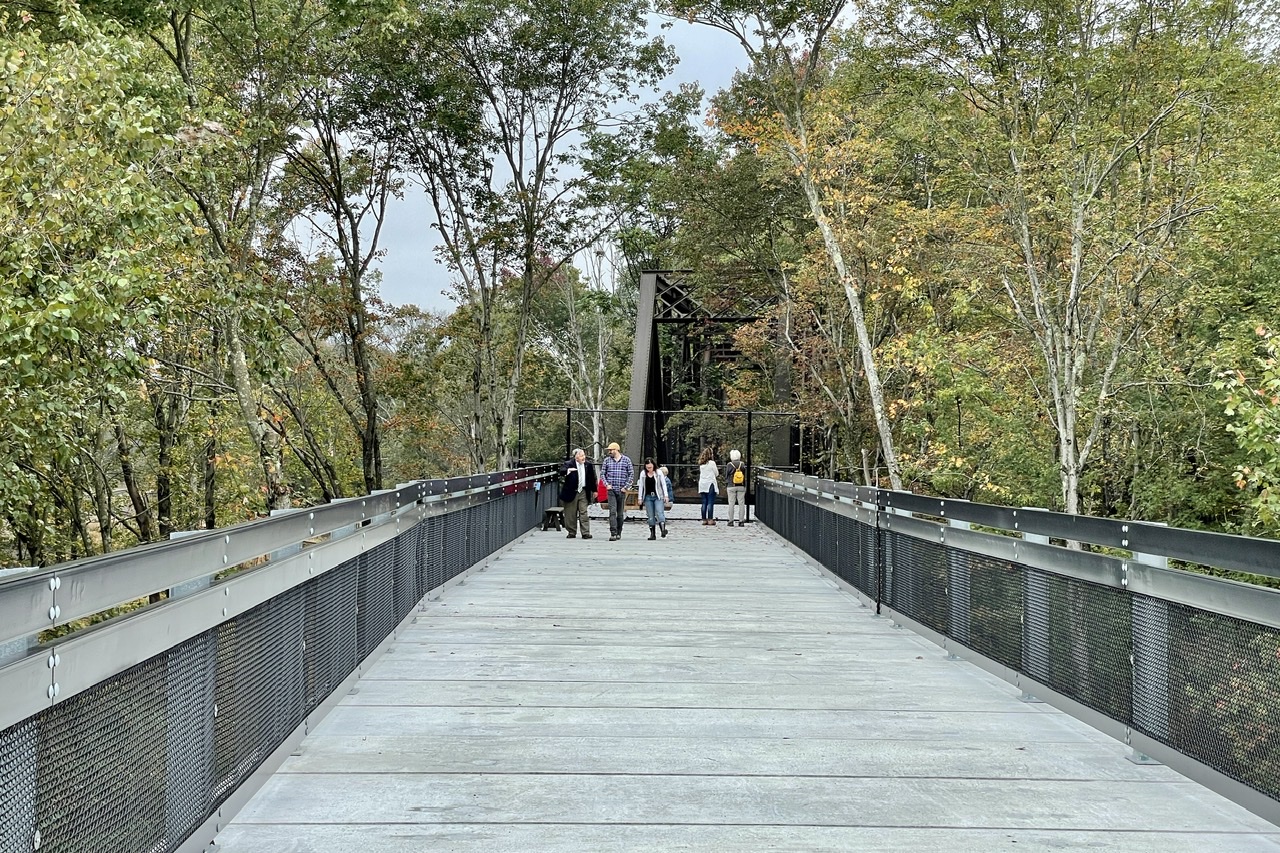 The Auburn Gap Project is made possible through federal funding from the Bureau of Abandoned Mine Reclamation (BAMR), the Office of Surface Mining Reclamation and Enforcement, the William Penn Foundation, and a partnership with Schuylkill County.

More than 75 miles of the Schuylkill River Trail is currently open to the public throughout Southeastern Pennsylvania. The multi-use path will extend 120 miles when completed. 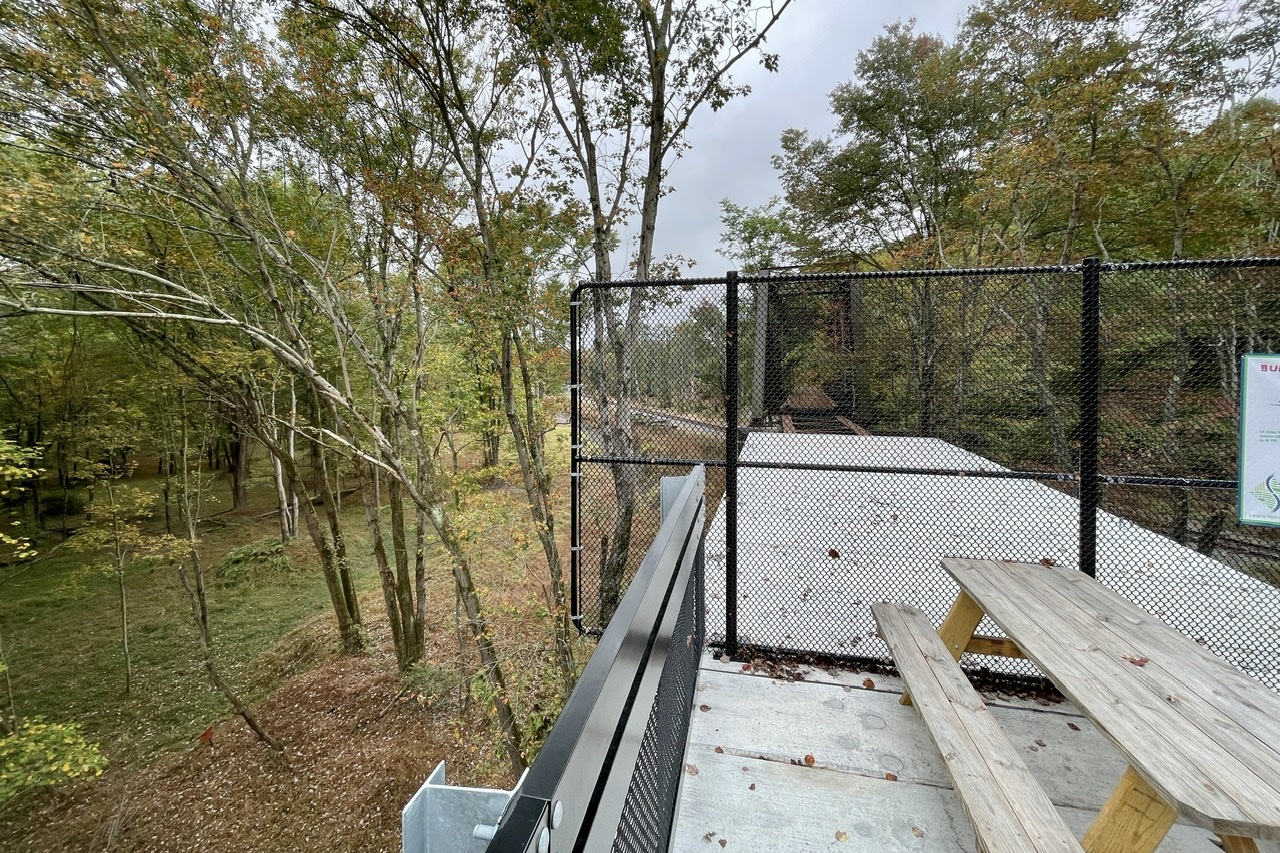