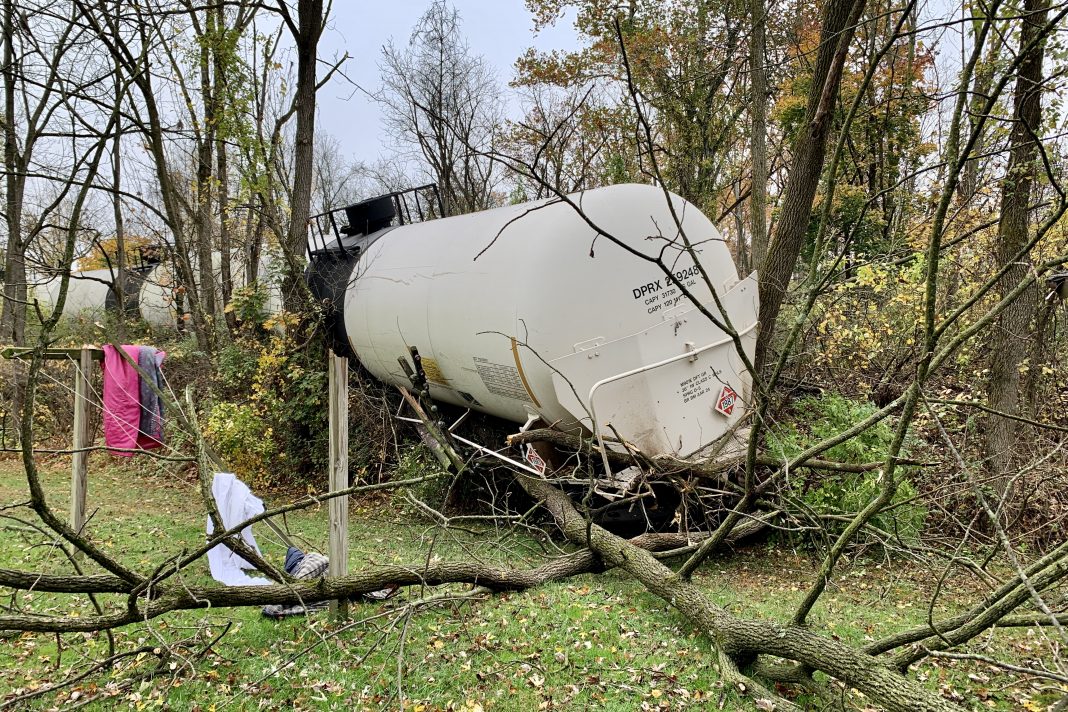 Kellee Younker of Centre Township was having a normal day Monday afternoon when she left her house to pick her daughter up from school. Arriving back home on Railroad Road, she noticed something odd behind her house. An oil tanker car crashed into her backyard.

Younker is used to seeing train cars across her backyard, but this was different. “After getting the mail and pulling into the driveway, something looked funny. I was shocked to see it was in out yard” she said.

Reading Blue Mountain and Northern Railroad, the company who owns the tracks, routinely stores tanker cars on the tracks. 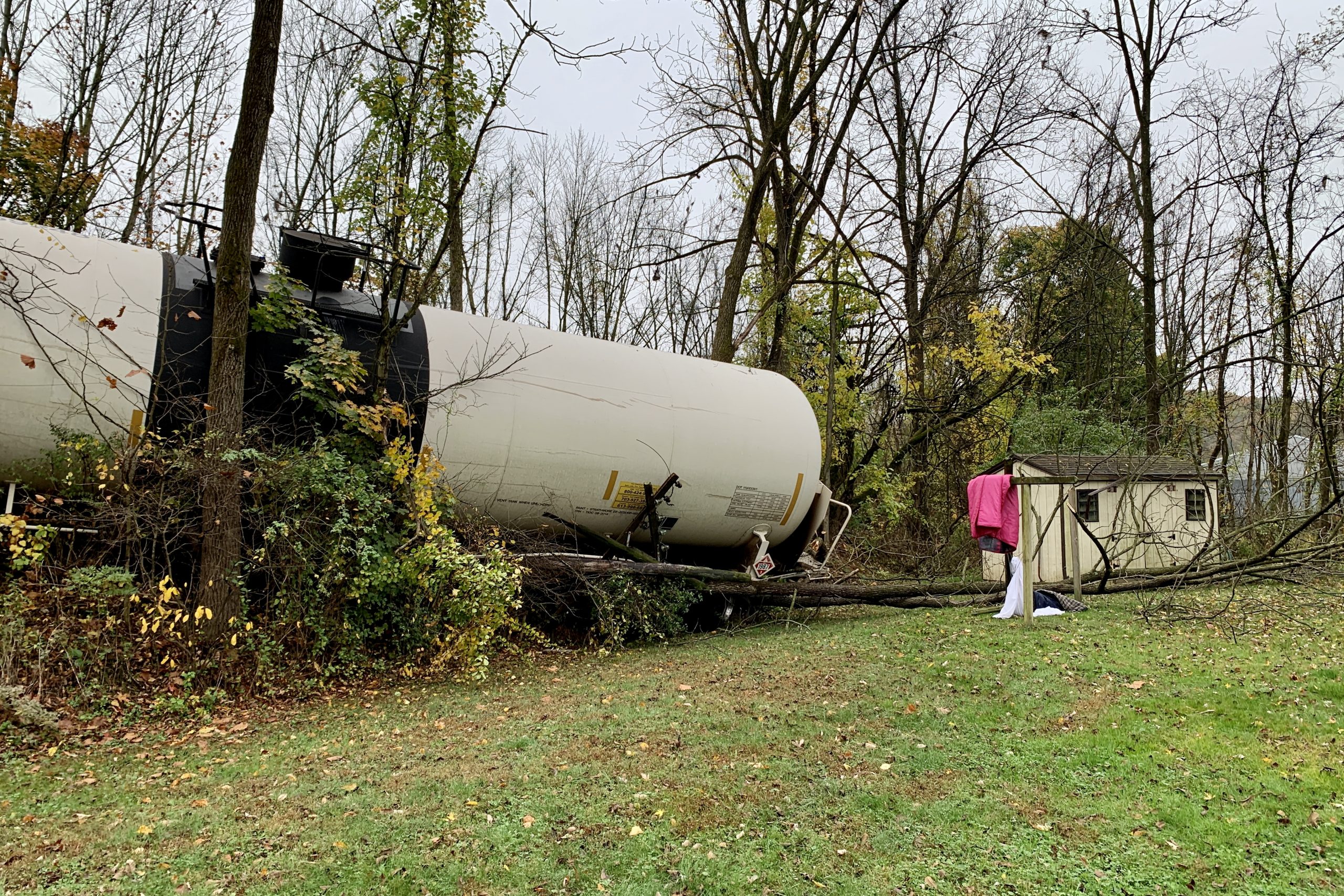 The tanker cars detailed from a track siding, which splits from the main track near Main Street in Mohrsville. The siding ends abruptly just before Bellemans Church Road on a small bridge over Irish Creek.

Younker says she usually sees railroad crews monitoring the rear of the tanker cars when they are placed on the siding. “I see them time to time on their walkie-talkies backing up the cars, so I’m not sure what happened today.”

Falling down an embankment, the rail cars broke Younker’s clothes line and a few trees. Overall, she feels thankful that there was not more damage.

”It doesn’t bother me that the railroad is here, but it’s kinda like my worst nightmare that a train is going to run into my yard. It’s a little shocking, but it’s not as bad as it could be.”

No injuries were immediately reported. Initial reports indicate the rail cars were empty. The cause of the derailment is still under investigation. Further details will be provided when available.