The Western Berks Fire Department was recently awarded a grant for purchasing a unmanned Aircraft System, otherwise known as a drone, for safety of first responders at incident scenes and to provide a higher level of service for the community.

WBFD debuted the drone during national night out, held at Wilson West Middle School in Lower Heidelberg Township in early August, giving a chance for the public to see the drone for the first time.

The drone was funded through a grant by the Pennsylvania Office of the State Fire Commissioner, which covered the full cost of the drone at $12,599. The drone comes standard with a mounted zoom camera, but also has the capability to mount a thermal imaging camera, spotlight, and even a loud speaker. 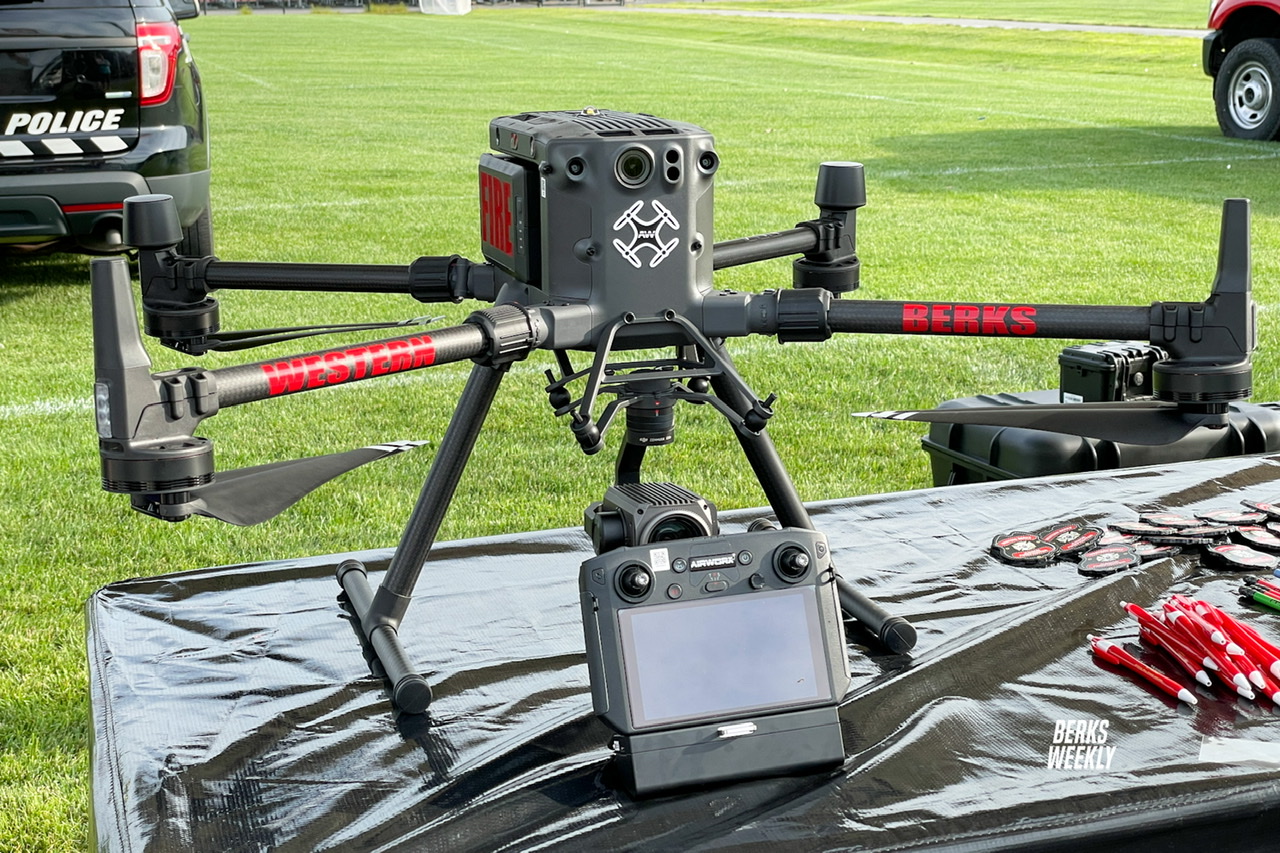 “The more intel we are able to gather about a particular incident and what is happening in real time could lessen the negative impacts on the environment, property, and our residents” said Jared Renshaw, Fire Commissioner of Western Berks Fire Department.

“When you look at our service area, we have a lot of rugged terrain, Blue Marsh lake, a major railroad line, it would be a big benefit and supplement to our ground resources.”

Over the past few month’s, three WBFD personnel have been preparing to use the drone becoming certified FAA UAS pilots.

Renshaw says the drone will be utilized on an emergency scene when an incident commander deems the drone could provide a tactical advantage and assist crews on the ground at an emergency incident.

While the department does not have set uses for the drone at this time, some may include; Structure Fires, HAZMAT’s, Search Details/Missing Persons, Railway incidents, and other similar incidents posing a high level threat to the life, property, and environment of the community.

Along with emergency incidents, Renshaw says the drone will also be used in the department’s current preplan program which works with property owners to gather vital information about facilities in order to be better prepared in case of an emergency.

“Deploying a UAS during a preplanning visit will allow us to better understand apparatus placement and facility hazards without having to put personnel on a roof or portion of the building” said Renshaw.