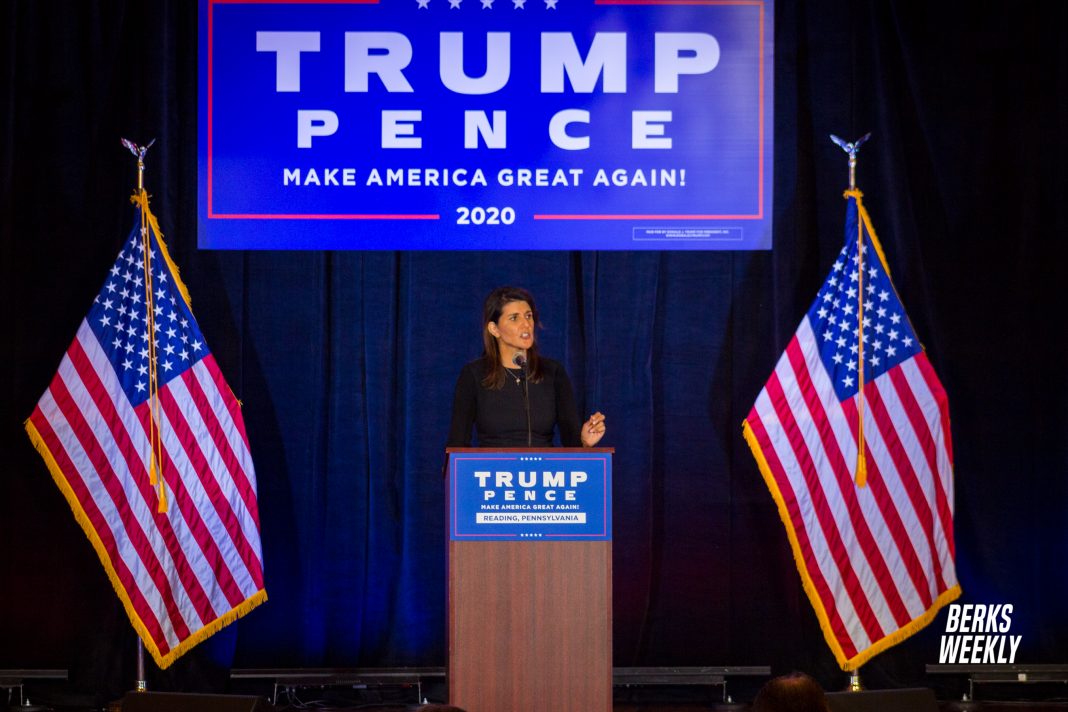 ​Former US Ambassador to the United Nations, Nikki Haley, made a stop in Reading on Saturday as part of the Trump campaign’s efforts to rally Pennsylvania voters ahead of Election Day.
​
​Haley was the former Governor of South Carolina (2011-2017), in addition to being the 29th US Ambassador to the United Nations (2017-2018), a position for which she was nominated by President Trump.

Praising Trump’s foreign policy, Haley highlighted the president’s commitment to ending US monetary aid for countries that do not support America, ending terrorism, and his support for Israel. Calling China “the number one national security threat” to our country, Haley also praised the Trump administration’s response to the coronavirus pandemic.

​Haley asserted that the president “kept his promises, followed through, and did exactly what he said he was going to do” over the last four years, claiming that unemployment is at a 50-year low despite the pandemic.

She alleged that what was really at stake with this election was whether the US “has a liberal or a conservative court”, highlighting education choice and taxes as important points that could change under a new administration.

​Haley also argued that the president does care about immigration and the environment, but in a way that favors law and order, and that Trump is “Not going to do what the world wants us to do, [he is] going to do what’s right for the average American”.

​Saying that President Trump said that “All eyes are on Pennsylvania” ahead of November 3rd, Haley reminded attendees that “Even on our worst days, we are blessed to live in America.”