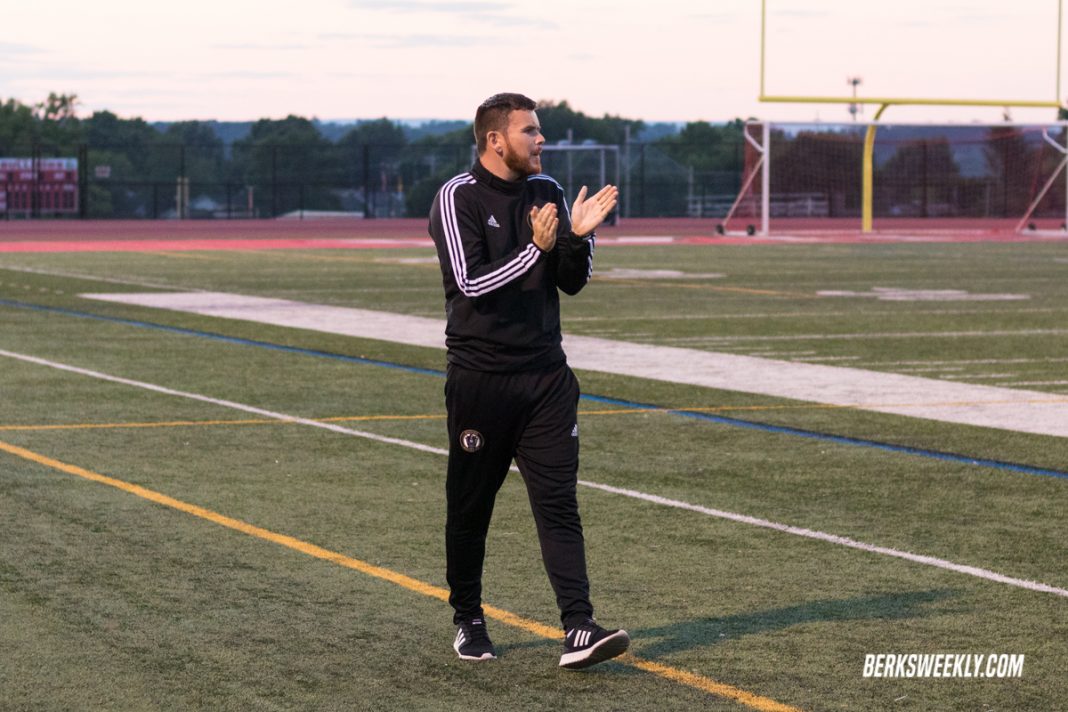 USL League Two announced Reading United head coach Alan McCann as the league’s Coach of the Year for the second consecutive season on Monday morning. The honor comes after another Reading’s second straight Eastern Conference crown, culminating in another appearance in the League Two Final, a feat that hadn’t been replicated in over a decade. The honor is earned through a league-wide voting process.

McCann’s squads have been an exclamation point on over a dozen years of success in Reading, reaching new heights for a team considered to be a cornerstone of the league. After finishing undefeated in 2018, McCann nearly replicated that same success in 2019, leading the Blue and Gold to a 10-1-3 record and their third divisional title in four seasons. Including playoffs, Reading United has gone 28-3-5 under the Dublin-born gaffer in his first two seasons.

The 2019 season proved to be a tougher test than the year prior, with a much improved Mid Atlantic Division providing a greater challenge from game to game. After a hard-fought regular season, his coaching proved to be the difference in the playoffs, guiding Reading through two come-from-behind victories, including a 3-2 extra time thriller against Tormenta FC 2 in Statesboro, GA. A second straight trip to the League Two Final awaited Reading, where they battled into extra time before relenting a late penalty and falling 1-0.

“[McCann] is the most passionate and committed coach I have ever seen at any level,” said Reading United team administrator Chase Rusden. “The amount of time he puts into studying film and preparing for games is second-to-none. He holds all of us – himself, his assistant coaches, his players, team staff, and team ownership – to a very high standard, which is one reason why he is so successful.”

Troy Snyder, Reading United’s President and a former U.S. Men’s National Team player, commended McCann’s performance, saying, “It takes skill to recruit, organize and get the best out of players for the short period of time they are together. Alan has proven his leadership abilities yet again in his second season at the helm.”