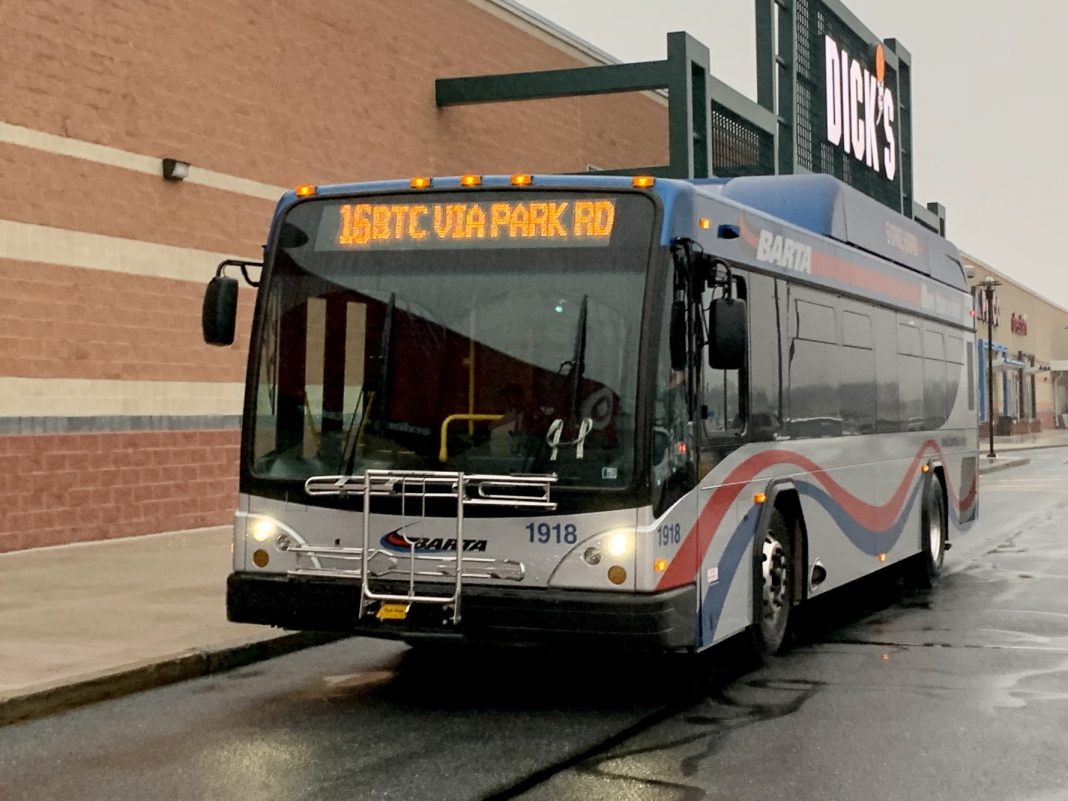 Berks Area Regional Transportation Authority has announced that beginning Monday, March 23, it will implement a “Rear Door Entry Policy” for all routes.

A statement from BARTA says that if anyone needs assistance to use the front door they will be allowed. Riders must ask the driver to activate the kneeler.

Also, on Monday, BARTA will not collect fares. Free Fares will begin March 23rd and continue until further notice.

In addition, due to the closure of East Penn Manufacturing, BARTA has suspended service on the 22/Lyon Station/East Penn Route.

BARTA says all fixed-route buses and BARTA Special Services vans are cleaned every night with a Lysol cleansing product throughout the vehicle and driver’s seat/work area.

The BTC waiting area is cleaned with bleach cleansing products.