Years in the making, city officials broke ground on the much anticipated River Road Extension Project in Northwest Reading Monday morning. The project is designed to provide improved access to the city for commercial trucks and upgrade pedestrian and bicycle facilities in the area.

Planning for the project began in 2011 with a study to determine the feasibility and affects of a connector road in the area of Schuylkill Avenue and River Road for the industrial district and nearby highway access. 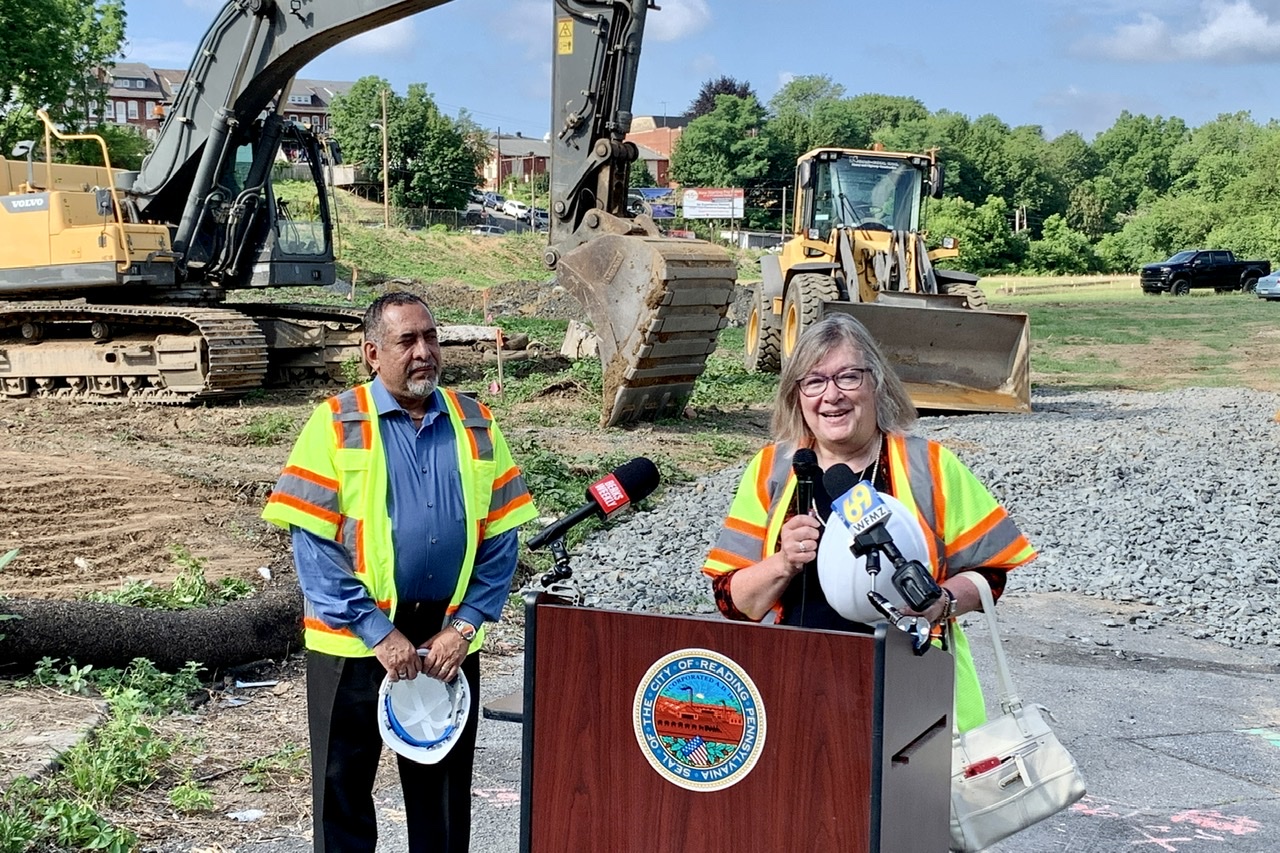 Designs plans came together in January of 2016. A connector roadway between West Windsor and West Spring streets was purposed to provide improved trucking access to the area.

The plans called for an extension of Lincoln Street from West Windsor to West Spring through an undeveloped piece of land. 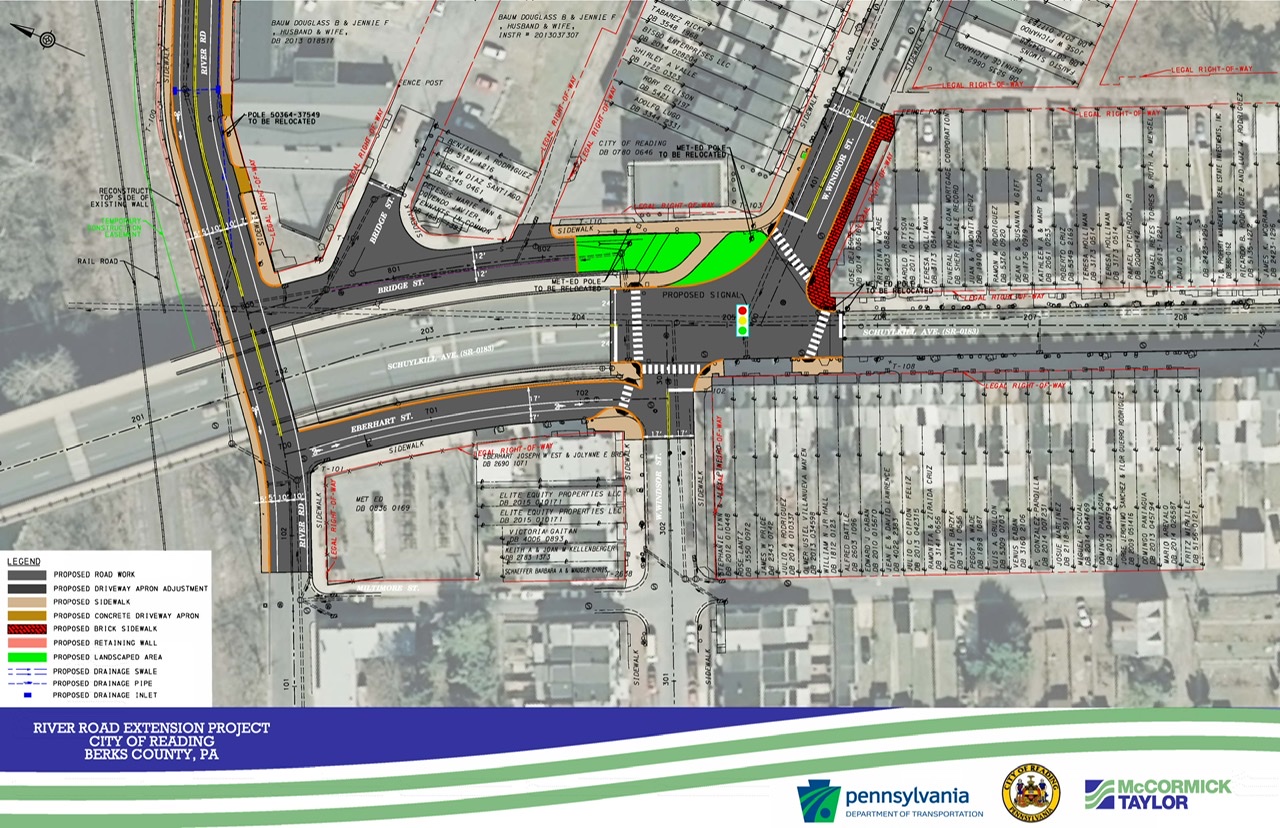 The new roadway is designed to give truck traffic a safer and more efficient route to and from Schuylkill Avenue (Route 183) for the northern industrial sites of the city. 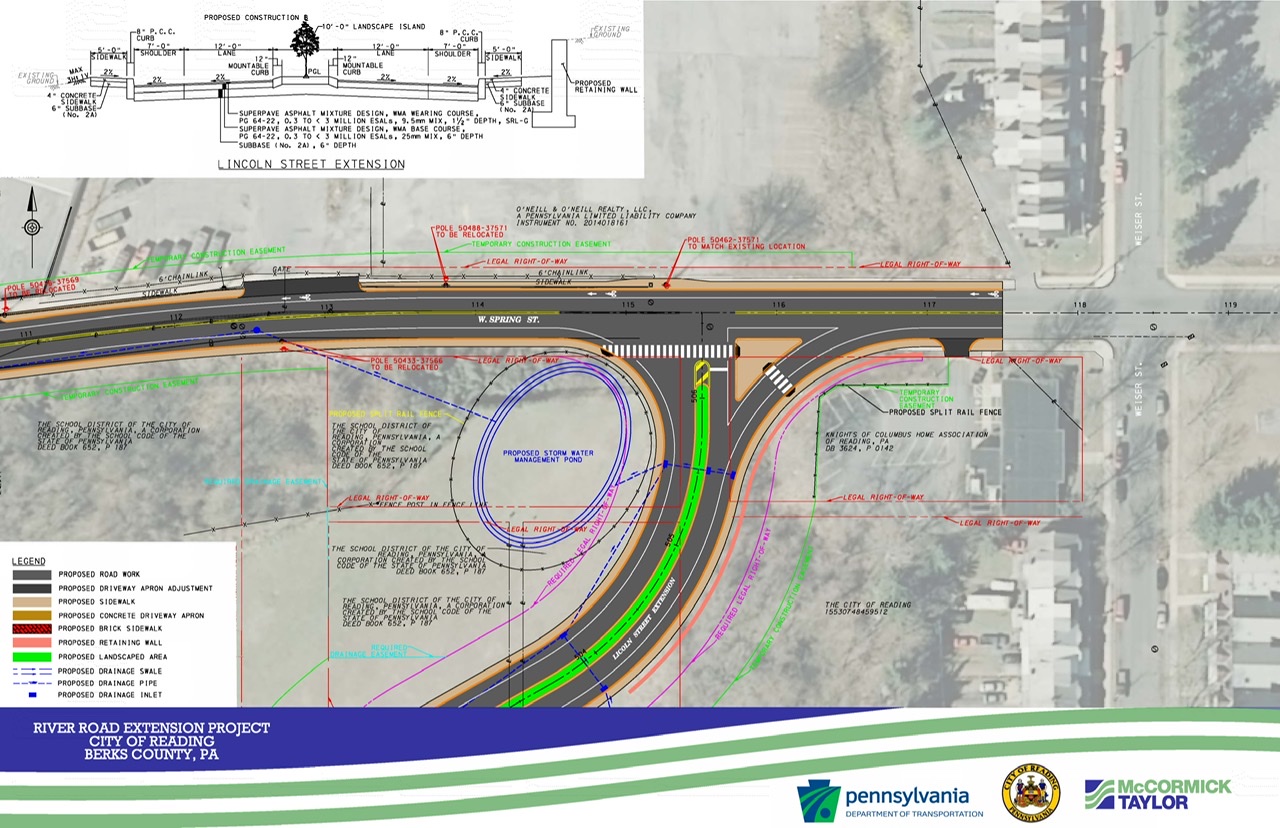 The Schuylkill Avenue intersection reconstruction will also include upgrades to pedestrian and bicycle facilities to meet ADA requirements.

Official anticipate the project will take 2 years to complete.