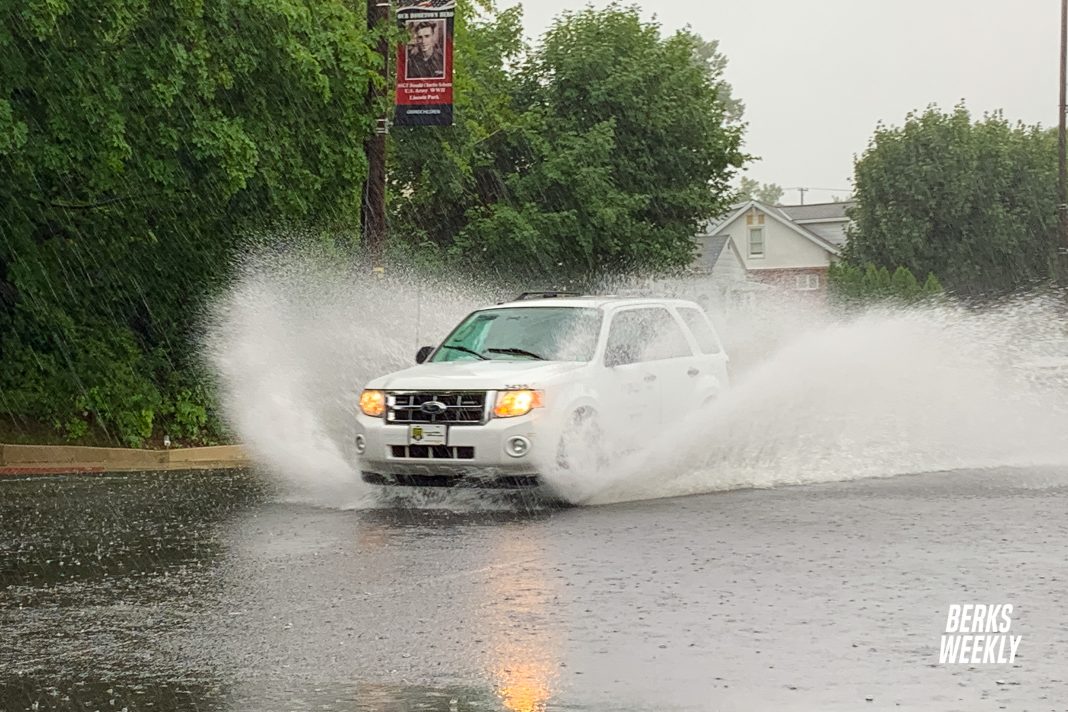 The National Weather Service has issued a Flood Watch for Berks County from Monday at 5pm through Tuesday at noon. Flooding caused by excessive rainfall is possible.

The weather forecast for Monday shows a slight chance of showers before 1pm, then a chance of showers and thunderstorms between 1pm and 5pm, then showers likely and possibly a thunderstorm after 5pm. Some of the storms could produce heavy rainfall. Cloudy, with a high near 80. South wind around 5 mph. Chance of precipitation is 60%. New rainfall amounts between a tenth and quarter of an inch, except higher amounts possible in thunderstorms.

Overnight, showers and possibly a thunderstorm. Some of the storms could produce heavy rainfall. Low around 68. Southeast wind around 5 mph. Chance of precipitation is 90%. New rainfall amounts between 1 and 2 inches possible.

Flood Watch Excessive runoff may result in flooding of rivers, creeks, streams, and other low-lying and flood prone locations. Flooding may occur in poor drainage and urban areas. Storm drains and ditches may become clogged with debris.

Heavy rain and a few thunderstorms are expected to develop across the watch area from early this evening through tonight and persisting into Tuesday morning. Rainfall rates of 1 to 2 inches per hour are possible. This may result in flash flooding of urbanized and low lying areas despite recently dry conditions across the area.