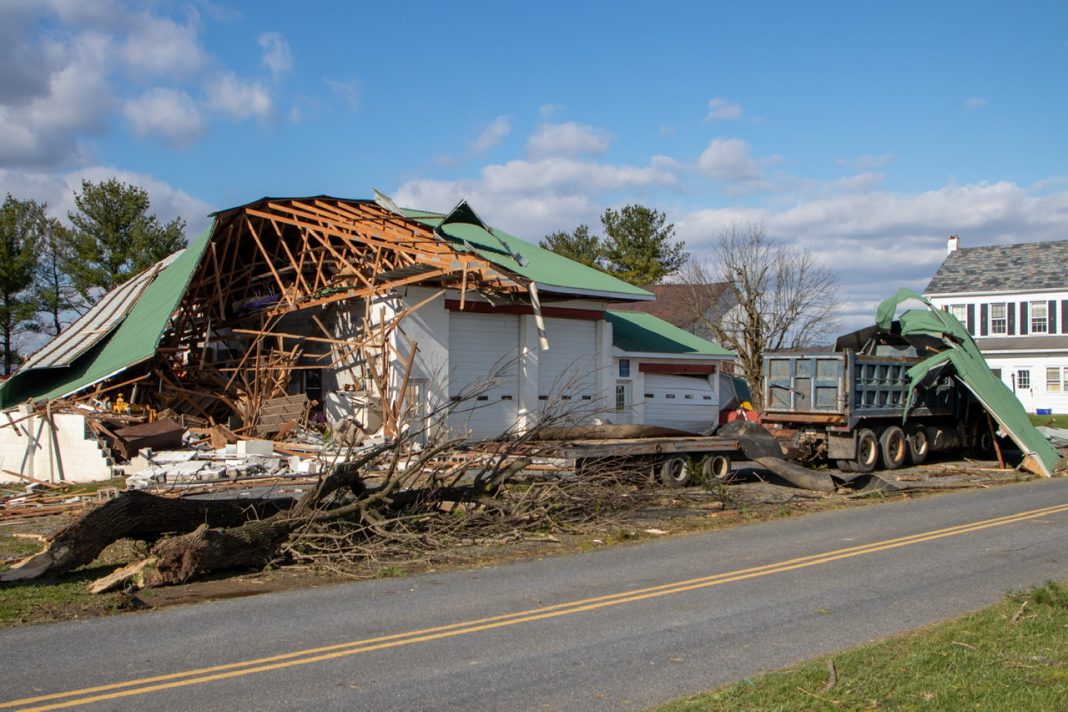 A line of severe thunderstorms raced across the state Sunday causing thousands to lose power in Berks County. Most of the County saw trees down, residents in Maxatawny Township experienced a lot more.

While responding to emergency calls in the area, Kutztown firefighters came across an equipment garage near a home on Kunkel Road which partially collapsed.

According to the National Weather Service in Mount Holly, New Jersey, wind speeds reached 80 mph in the Kutztown area, which sent debris flying hundreds of feet way in some areas. No injuries were reported in the area.

To survey the damage, the National Weather Service set a team to Maxatawny Township Monday morning to asses the damage and determine the cause, being a tornado or heavy winds.

“Several trees were snapped or uprooted and yard toys were tossed up to 200 yards away from the property” states the survey team.

“The winds continued across a rural area for about another 1.5 miles sweeping across fields and snapping trees along the way. Most notably, a line of trees near Grim Road over 100 yards in width were all snapped. Some unharvested, dead corn fields along Albright Road suffered large swaths of blown over corn stalks.”