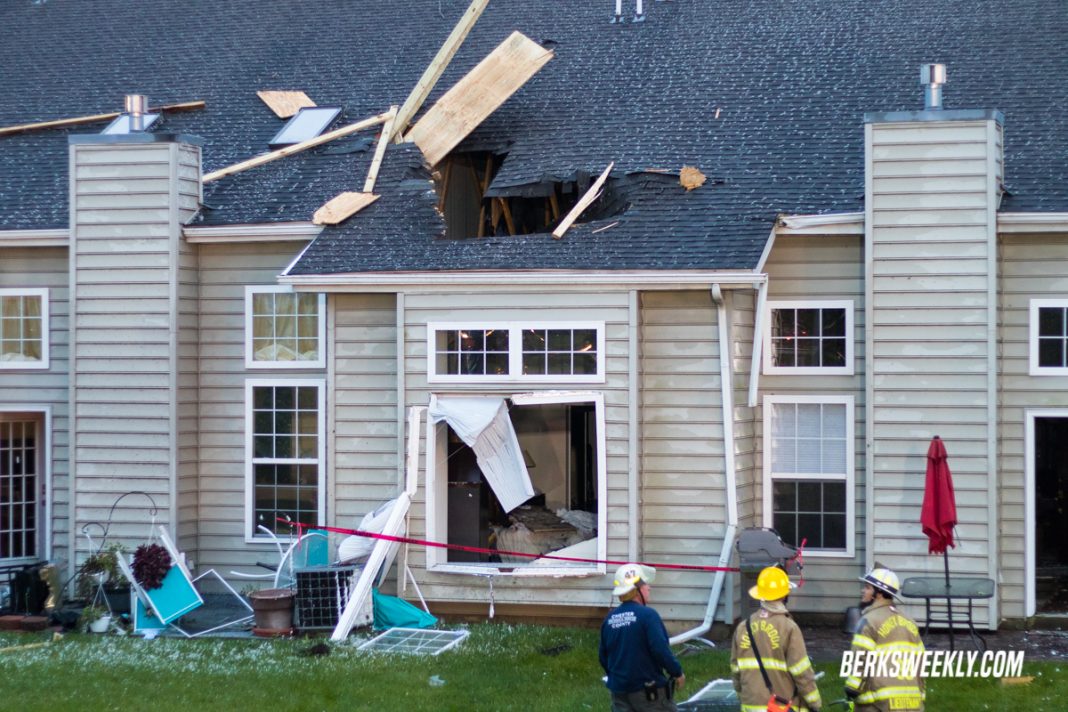 Pennsylvania saw its fair share of severe weather on Tuesday with several severe and Tornado warned across the state. Slowing moving eastward, Berks County began to see storms just before rush hour. One storm cell in particular quickly became Tornado warned in the Southeast corner of the county spawning a Tornado, according to the National Weather Service.

“We will be conducting storm surveys on Wednesday for the areas near Morgantown” said the NWS in a statement on Facebook late Tuesday evening. “At this time, we can confirm that a tornado did occur near Morgantown in Berks County PA based on video received showing a tornado on the ground.”

Damage from the Tornado spanned across Morgantown from the Turkey Hill on Rt. 23 to the industrial park near the shopping center. Multiple trees down, roofs blow off buildings, and a power outage plagued the area making travel very difficult for local residents and emergency personnel.

One of the hardest hit residential areas was the Valley Ponds housing development. We spoke to several home owners who recounted the minutes leading up to the Tornado.

Final assessment of the Tornado including results of the NWS survey team are expected to be completed by Wednesday evening.