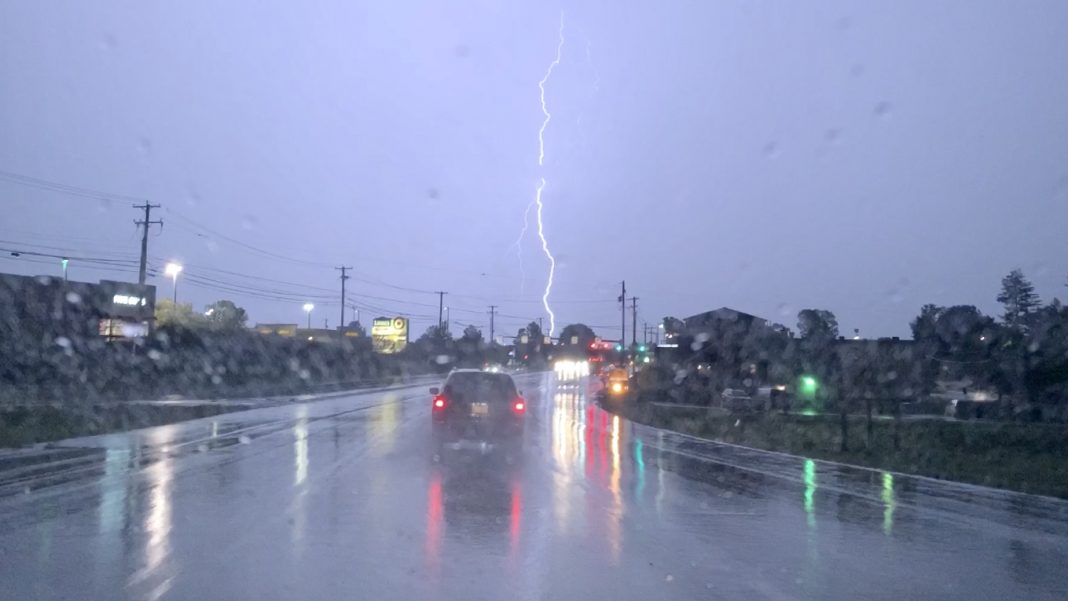 A severe thunderstorm warning was issued for Reading and Northern Berks beginning around 8pm, indicating the potential for heavy winds and small hail with the approaching storm.

As the storm moved into Reading it intensified. The small, but intense storm cell, then moved quickly East through Exeter Township, traveling past Douglassville.

Using a mounted dash cam, Berks Weekly photojournalist, Jason Hugg, was able to capture these images of the lightning on Route 422 heading into Exeter Township.

Although there were several reports of car accidents and trees down throughout the county, one of the hardest hit areas was Bern Township, and the neighborhoods of Greenfields.

A tree reportedly fell on a house on Jeffery Road, and just down the street on North Tulpehocken Road, tree large fell across the road.