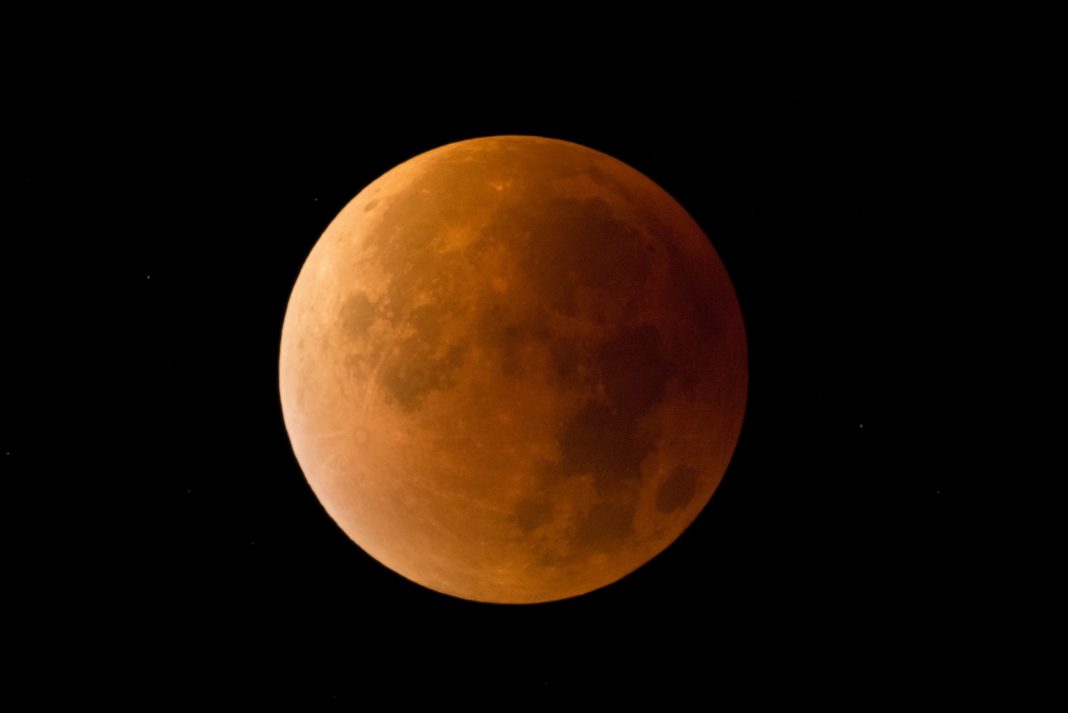 On January 20, 2019, the moon will pass through Earth’s shadow for a total lunar eclipse. As this happens to be during the Full Wolf Moon, which is also a “supermoon”, it is called the Super Blood Wolf Moon. The good news is that it is fully visible from your backyard, right here in Berks. The bad news is that the forecast is for cloudy skies…

So what does Super Blood Wolf Moon mean? A Super Moon occurs when the full moon is at its closest point to Earth. (It Looks bigger and brighter than usual.) The Blood Moon part comes in because the moon will appear blood red as it passes into Earth’s shadow. Finally, Wolf Moon refers to the name for January’s moon.

We found the Berks County Amateur Astronomical Society – BCAAS telescope at Trooper Thorns watching the lunar eclipse. Big thanks to Elan Lift for braving the cold weather to show us the moon.