The Library steps on 5th Street are endowed with poetry snippets that were painted during a community event in 2018. Although the majority of the verses were power washed years ago, the words “rise above” remain proudly on one of the central risers. These words came alive with lights during the recent Conquer the Night annual dance performance.

The process began the afternoon of Saturday, October 8 when five local dancers met at Barrio Alegria’s headquarters with dancer Mikol Anthony who led them through a choreography. Mikol Anthony, a Reading High graduate who lives in New Jersey, traveled back to the city where he grew up, to share his artistic knowledge.

While they rehearsed, a crew of volunteers headed to the library steps to build a stage with lights, a cloth background, and a sound system. The group opened the show by dancing to “Cool Off” by Missy Eliot followed by five solo pieces that were choreographed by the local talent. Mikol Anthony closed the show with a fire dance.

Barrio is no stranger to the library steps. For the past five years, those steps have hosted the Storytelling Through Dance project performances – featuring locally written plays that deal with social justice issues through the retelling of fairy tales.

While these choreographed performances on the surface seem like short-lived explosions of color, the sustained and responsive community engagement behind the scenes is where the real impact of these creative placekeeping efforts are really being felt.

During the pandemic, Barrio had to reimagine safe community spaces. “We used creativity to deliver our promises to the community,” said Barrio’s Operations Director, Arleny Pimentel.

The group discovered that holding events indoors and for short periods of time limited accessibility and exposure for artists, so they decided to hold activities outdoors, after sunset, beginning with a photography show with photos projected on the Franklin street side of the library.

Holding events at night is a direct pushback to narratives like “At 5 PM, when everybody leaves, there is nobody in Reading.” Barrio’s Executive Director, Daniel Egusquiza has been challenging that narrative. “We live in Reading, and we are here after 5 PM. Does that make us nobodys?” he asked.

During Conquer the Night, Jose Garcia, a volunteer emcee explained the idea to the public. He explained that the night is seen as a dangerous and forbidden place. But we are here because we live here. And just like neighbors, Barrio is also conquering the night!

For Barrio, holding the space on a consistent basis is key to their creative placekeeping initiative. While one off events can muster energy, consistency maintains energy and can be used to create change. Since the change has to include both day and night, they are shifting some of their events to take place outdoors after dark.

Dancers Richard, Zakief, and Rainha performed solo pieces at Conquer the Night. They are part of a dance collective called Cyphers on the Square. The group utilizes wooden platforms in City Park as rehearsal spaces but there are challenges.

As the group watch videos and listen to music during their rehearsals they keep an eye on their internet data.

“We usually have to alternate phones to make sure we don’t get charged.” Rainha said. Zakief chimes in. “A mobile hotspot would help us tremendously.”

The Reading Public Library has been working to be more than a platform for these performances. To address barriers for access to resources, the library instituted its Ecard in 2016, and earlier this year abolished all late fees for materials.

As it continues on its ‘library of the future’ trajectory, the RPL is addressing community needs in unlikely places – even planning to have mobile hotspots available to borrow as part of an upcoming “check out the internet” initiative.

Barrio continues to develop its programs in conjunction with local artists and residents, and plans to continue partnering with the Reading Public Library. The next 5 years of community theater productions will follow the story of five Superheroes while exploring themes like violence, voting, food insecurity, mass incarceration, and power dynamics. Barrio plans to capture that essence on the steps of the library, both during the day, and ever-increasingly, at night. 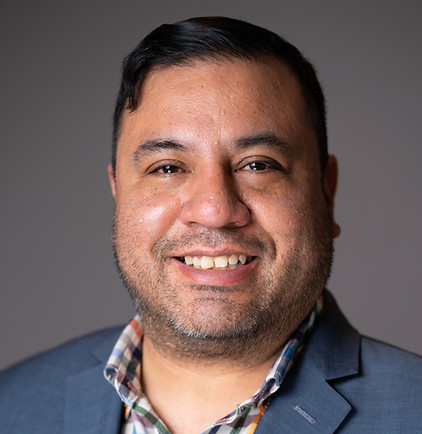