The Boyertown Museum of Historic Vehicles has officially opened its newest exhibit ‘A Rosie Outlook: WWII and the Girls with a Star-Spangled Heart’.

The heirloom “Rosie the Riveter Roses” serve as a way to honor Boyertown Auto Body Works’ Rosie the Riveters, and all women who served on the homefront in World War II. Beth Norton, granddaughter of Boyertown ‘Rosie’ Carrie Butterwerk, helped plant the roses during the ceremony. 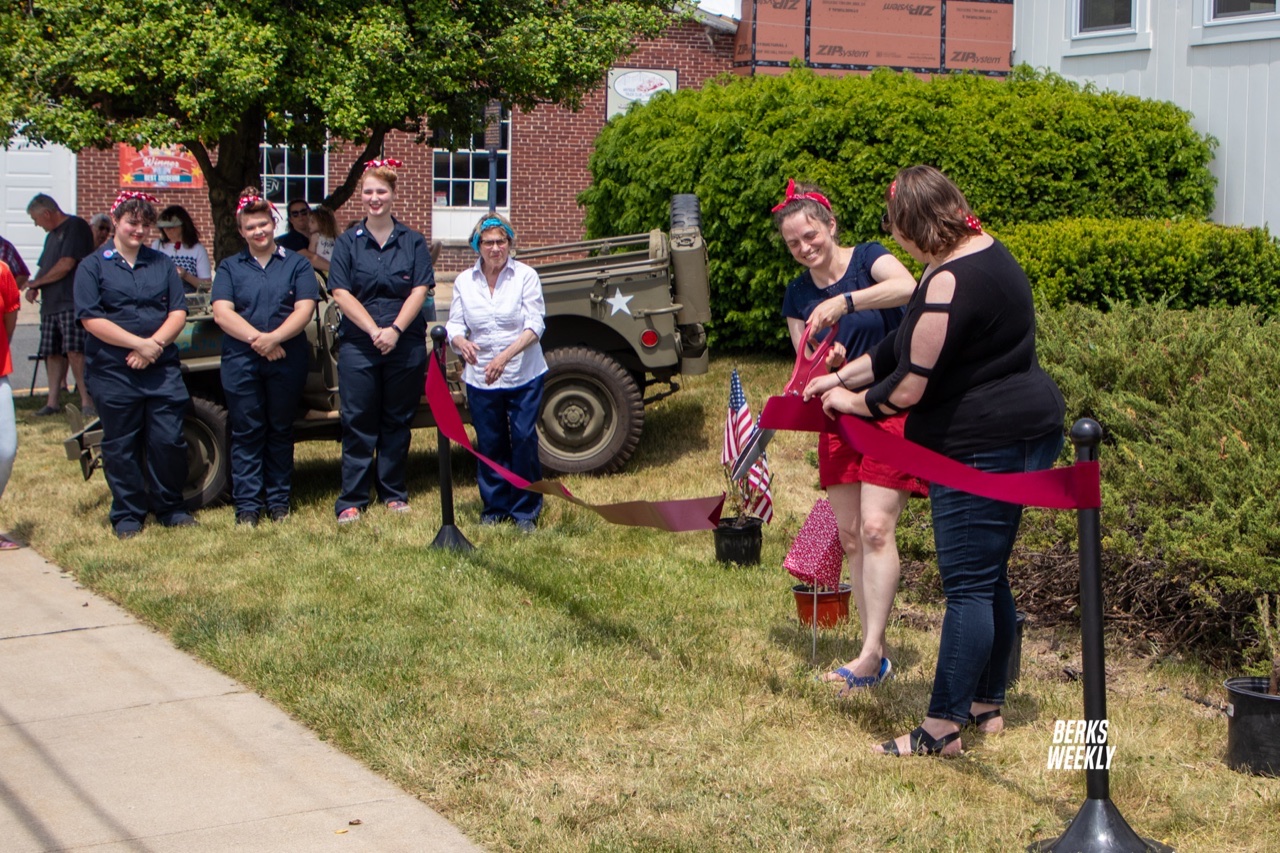 This exhibit features several military vehicles, including a rare Bantam Jeep built by the American Bantam Company of Butler, Pennsylvania and on loan to the Boyertown Museum from the Military Technology Museum of New Jersey, as well as three vehicles built by the Boyertown Auto Body Works. 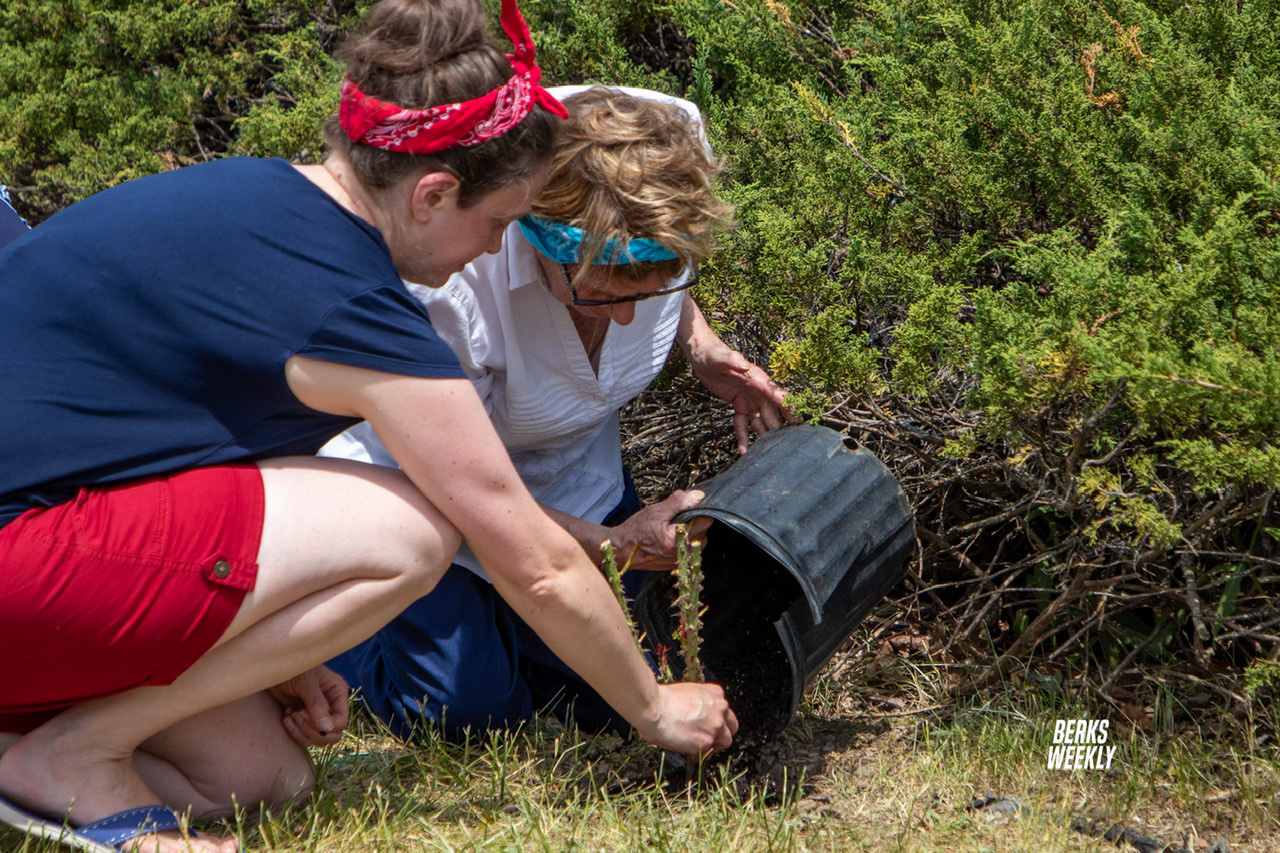 It is believed that 1500 of these Dodge ambulances were converted by the Boyertown Auto Body Works for military use in the early 1950s. 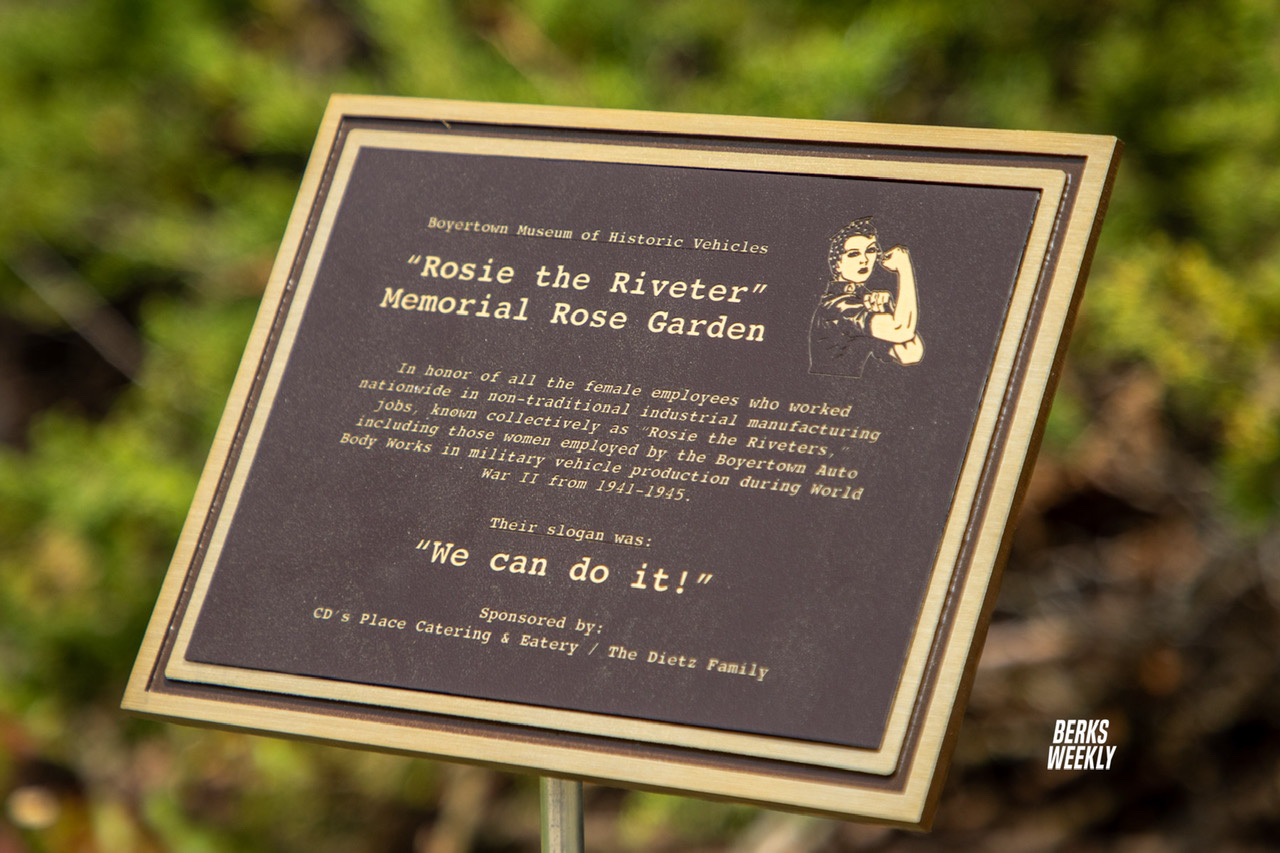 The other vehicle making its debut in A Rosie Outlook is a Mobile Shoe, Textile, and Canvas Repair Unit mounted on a Dorsey frame with body work by the Boyertown Auto Body Works.

This was one of 2500 trailers the body works built for the United States Marine Corps for use in the Pacific Theater during World War II. While these were built for a multitude of uses, including machine repair, dental and medical care, and radio communications, the Mobile Shoe, Textile, and Canvas Repair Unit on display is one of 140 built for that specific task.

These trailers, along with the 900 ambulances built by the Body Works and mounted on International Half-Ton chassis, earned the BABW a prestigious Army-Navy E Award.

One of these USMC ambulances has been part of the Boyertown Museum collection for many years, and will be the third Boyertown-built piece part of the A Rosie Outlook exhibit.

The Army-Navy E Award was bestowed upon companies that maintained incredibly high quality control in whatever said company manufactured for the war effort. 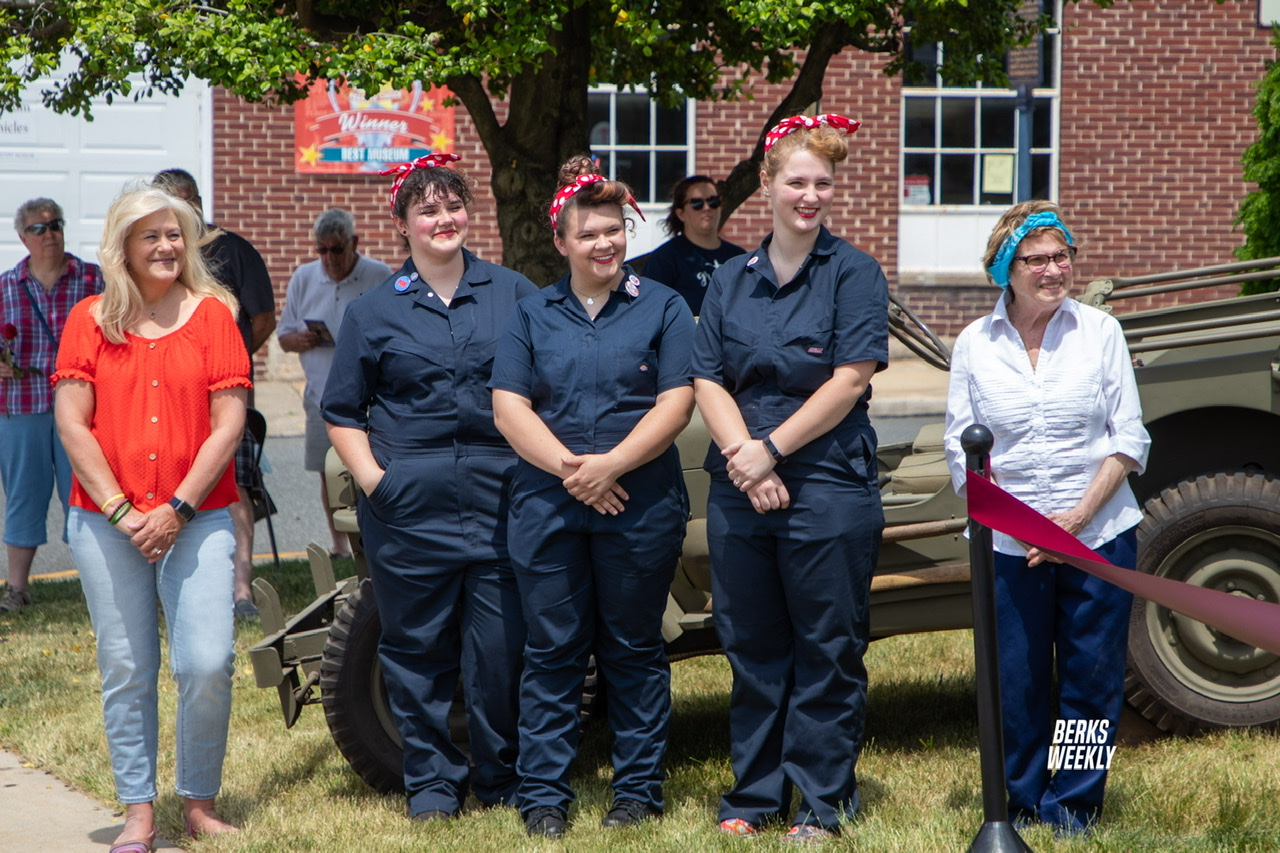 In addition to the quality of the workmanship, dedication of the factory works was also a factor in which companies won an Army-Navy E Award. The Army-Navy E Award flag is proudly on display along with the Boyertown Auto Body Works trailer and ambulance.

In addition to the many dedicated and skilled craftsmen employed by the Boyertown Auto Body Works, the company also saw the integretation of women into its factory floor workforce during WWII, typically to fill in for the men who joined the military to fight on the frontlines.

This was a national phenomenon, and one fueled by an incredibly successful recruiting campaign. “Rosie the Riveter” was the star—a tough-as-nails woman in her blue coveralls and red bandanna, ready to fight on the homefront for her country. Between 1940 and 1945, the female percentage of the female workforce increased from 27% to 37%.

The photo archives of the Boyertown Museum of Historic Vehicles contain many images of the BABW’s very own ‘Rosies’ working on the manufacturing and assembly of these USMC trailers. These photos will be part of the A Rosie Outlook exhibit.