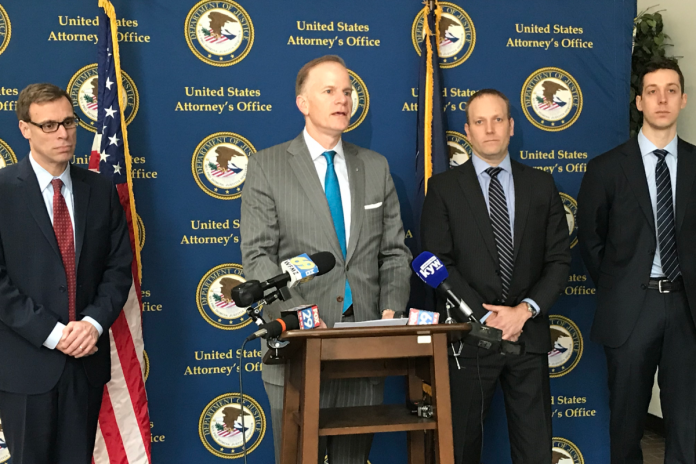 The alleged fraud targeted members of the Mennonite and Amish religious communities in Pennsylvania and elsewhere and is one of the largest Pennsylvania-based alleged Ponzi schemes in history.

You can help stop the spread of COVID-19

The best way to prevent illness is to avoid being exposed to this virus.

For every 100 subscribers, we hire another reporter to cover local stories.

Riehl, an accountant, is alleged to have fraudulently solicited tens of millions of dollars in investments, from his accounting clients and others, into a bogus investment program that he operated. Riehl then diverted funds from the program to Trickling Springs Creamery, LLC, a Franklin County–based creamery of which he was the majority owner.

Riehl also fraudulently solicited direct investments in Trickling Springs Creamery. The Information further alleges that Riehl made material misrepresentations about the safety and security of these investments in his program and about the performance of the program, as well as misrepresentations and omissions about the creamery’s business and financial condition. Trickling Springs Creamery announced it was ceasing operations in September 2019 and filed a bankruptcy petition in December 2019.

The allegations constitute what is sometimes referred to as “affinity fraud,” which typically involves investment scams that prey upon members of identifiable groups, such as religious or ethnic communities. These types of scams exploit the trust and friendship that exist in groups of people who share common interests or beliefs.

For every 100 subscribers, we hire another reporter to cover local stories.

You can help stop the spread of COVID-19

The best way to prevent illness is to avoid being exposed to this virus.

“These investors were looking for honesty and integrity when deciding where and with whom to invest their money,” said U.S. Attorney McSwain. “According to the Information, Riehl presented himself as a trusted member of their religious community, only to betray that trust and swindle them out of tens of millions of dollars. It is only natural for members of a tightly knit community to want to take care of one another, but Riehl did not care about anyone but himself. Fraudsters must be held accountable under the law – no matter what community they belong to – for justice to prevail.”

“So long as there are people with money to invest, there will be swindlers ready to take their money under false pretenses,” said Michael T. Harpster, Special Agent in Charge of the FBI’s Philadelphia Division. “But it is particularly loathsome when these criminals exploit trusting members of their own church or community. According to the Information, Philip Riehl repeatedly misrepresented what he was doing with his investors’ money – people who took him at his word. The FBI will continue to investigate and hold accountable those who engage in such financial fraud.”

If convicted, the defendant faces a maximum possible sentence of 45 years in prison, a $5,500,000 fine, a 3-year term of supervised release, forfeiture, and mandatory restitution.

The case was investigated by the Federal Bureau of Investigation, and is being prosecuted by Assistant United States Attorney Michael J. Rinaldi.