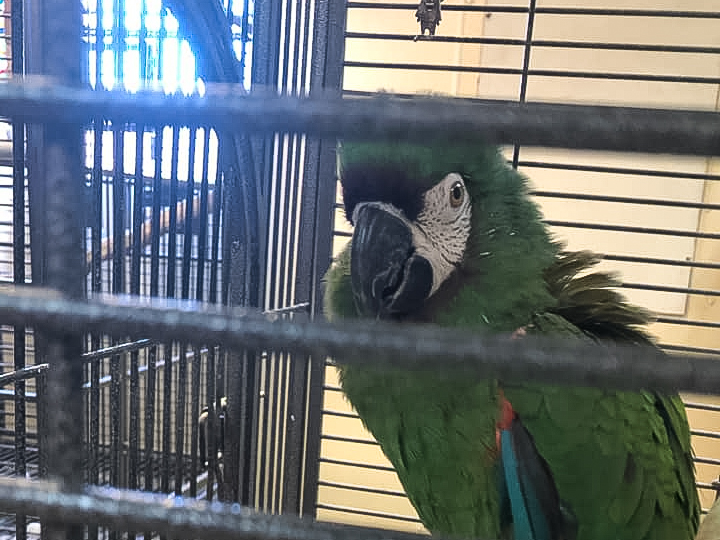 Three exotic birds were stolen from the Oley Turnpike Dairy zoo this past week. According to the Central Berks Regional Police Department, the burglary occurred between Tuesday, 9:30pm and Wednesday, 5am.

The locally famous diner and zoo is home to over 80 different mammals and birds from Alpacas to Wallaby’s. Investigators are not certain if the burglary was conducted by one or more people. However, they do know the individual(s) forcibly entered the pen that housed the exotic animals.

Three out of the six parrots, two green and one multi-colored, were stolen from their cages. Police also believe that this incident may be linked to two other unsolved burglaries that occurred this year where exotic birds were stolen.

The Oley Turnpike Dairy has taken to Facebook to help spread the word about the stolen Parrots. “It is with heavy heart that we at the petting zoo have to inform everyone that yet again someone broke into our zoo and stole three of our beloved birds” and early morning Facebook post said. “One was a Severe Macaw named Hines and two Hahn’s Mcaws Max and Aries.”

“We want to thank everyone for sharing the story, kind words and prayers for their return.” states a mid Saturday afternoon Facebook post. “Just to clarify yes we have cameras, no they did not catch the criminal, yes we have everything locked up. Yes we have the police drive by every night, yes we love our animals more than a job.”

Anyone with information on any of these incidents is asked to contact the Central Berks Regional Police Department, Det. Sgt. Deron Manndel at 610-779-1100 EXT. 235 or dmanndel@centralberks.org.