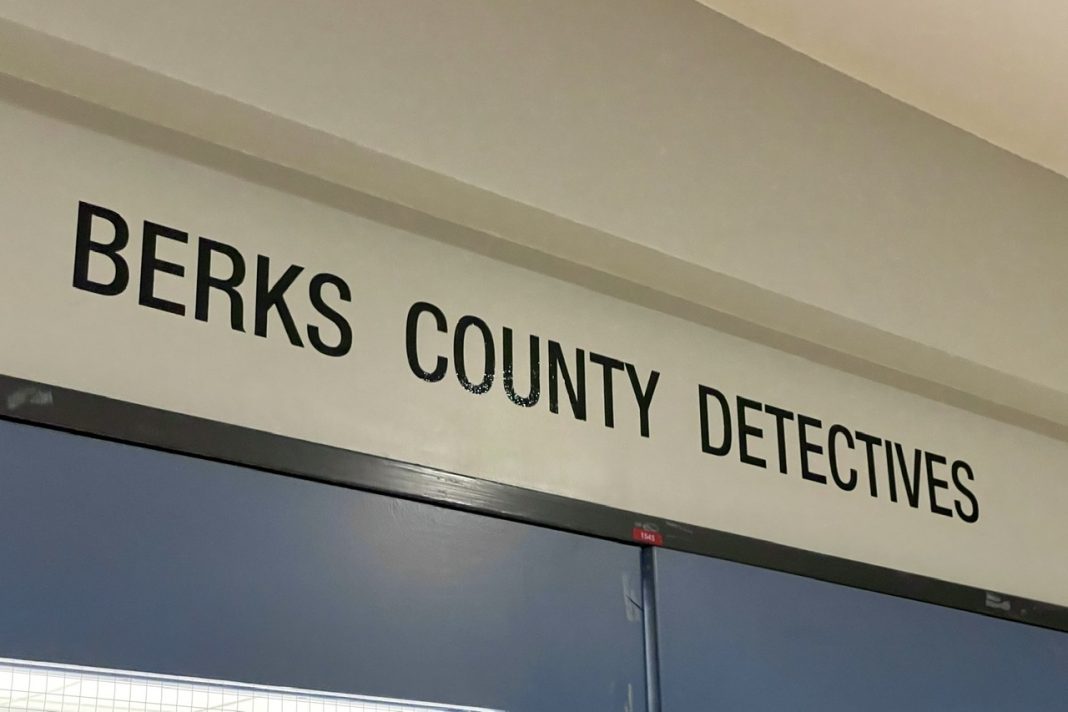 A former Berks County doctor, Justin Rutherford, 32 of Douglassville, has been charged with rape, sexual assault, and other related crimes after allegedly secretly recording children and guests as they showered and used the bathroom of his home.

On July 17, 2021, the Berks County Detective’s Office received a Childline Referral from the Commonwealth of Pennsylvania, Department of Human Services, which identified a thirteen year-old male being secretly captured by a hidden camera while showering inside the bathroom.

On July 17, 2021, an Amity Township Police Officer interviewed the thirteen year-old victim along with his mother, who was in possession of what appeared to be some sort of recording device. The officer interviewed the victim and mother, seized the recording device, then authored a Police report detailing the information and events, which prompted the mother to take decisive action and contact the Police.

The Amity Township Police Department referred this complaint to the Berks County Detective’s Office for review and further criminal investigation.

On July 23, 2021, Berks County Detectives interviewed the thirteen year-old victim, in the presence of his mother. The victim disclosed that he was at his friend’s residence, located in Amity Township, on Saturday, July 17th. While at the residence, he utilized the 2nd floor bathroom.

While inside this bathroom, the victim noticed a “black cube” plugged into a wall outlet. Upon closer examination, he observed a “faint blue light” illuminated on the corner of this “black cube”. He believed this was possibly a camera.

The victim telephoned his mother, described what he observed, provided her a description, and sent her photographs of the “black cube”. The mother conducted some research, and after concluding that this “black cube” was most likely a camera, she directed her son to take possession of this device.

The victim, who was apprehensive, then consulted and shared his concerns with a different male friend, who was also present inside this residence. The friend then proceeded to the 2nd floor bathroom, removed the “black cube” from the wall outlet, and the two males then immediately departed the residence, while in possession of the “black cube”.

On July 20, 2021, caseworkers from Berks County Children and Youth Services interviewed the defendant, Justin Scott Rutherford, and his wife. Both denied having any knowledge of a camera installed inside their 2nd floor bathroom.

On July 27, 2021, Detectives obtained a Search Warrant, to forensically examine the “black cube” which contained a camera and SD card.

The Berks County District Attorney’s Digital Forensics Lab conducted this examination, which yielded approximately 2,822 videos and 1,400 pictures, dating back to 2018. According to Police, there were numerous videos which captured unsuspecting guests and family members in various states of undress, while utilizing the 2nd floor bathroom.

The Detectives were able to positively identify six juveniles and two adult victims who were captured in some state of undress inside the 2nd floor bathroom. (toilet or shower)

The camera appeared to be motion activated (no recorded sound) and had the capability of being viewed live through an application, potentially downloaded to a cellular telephone.

On August 10, 2021, Detectives executed a Search Warrant at the defendant’s Amity Township residence. Pursuant to the Search Warrant, the Detectives seized numerous electronic devices, which included a similar looking “black cube” device, which was located inside a nightstand, closest to where the defendant sleeps.

This investigation lead the Detectives to two juvenile male victims, both disclosing that they were sexually abused and assaulted by the defendant, Justin Rutherford.

On August 31, 2021, a juvenile male victim disclosed during a Forensic Interview, that he was at the defendant’s residence back in May 2021. While there, the defendant provided him alcohol and marijuana. The victim felt intoxicated and fell asleep. The defendant then sexually assaulted this victim.

On September 1, 2021, a sixteen year-old male victim disclosed during a Forensic Interview, that the defendant, started sexually abusing him when he was approximately eleven years old, and continued up until July 2021.

On October 2, 2021, early afternoon, the defendant was apprehended at Washington Dulles International Airport, located in Virginia. The defendant was released to the local Sheriff’s Department and he is currently incarcerated in the Loudoun County Adult Detection Center, located in Leesburg, Virginia, pending extradition back to Berks County.

The investigation remains active and ongoing and Detectives are attempting to identify additional unsuspecting victims who were captured in a state of undress by the camera inside the 2nd floor bathroom.

As in every criminal case, the fact that an arrest occurred or a complaint has been filed is merely an accusation, and the defendant Justin Scott Rutherford is presumed innocent until and unless proven guilty.