UPDATE: Reading Police issued a statement with an update. “The male in the images has been identified and interviewed. Thank you for assisting in locating the male.”

The Reading Police Department is requesting the public’s help in identifying the male in the attached images relative to the disappearance of Darlyn De La Rosa-Abreu.

The Reading Police department does not believe De La Rosa-Abreu left the area voluntarily and treats his disappearance as suspicious.

The male in the images is described as a Hispanic male, 25-35 years of age and approximately 6 feet tall. The male was in the area of North 10th Street & Walnut Street, Reading, PA, between the hours of 1:00am and 2:00am on August 8th. 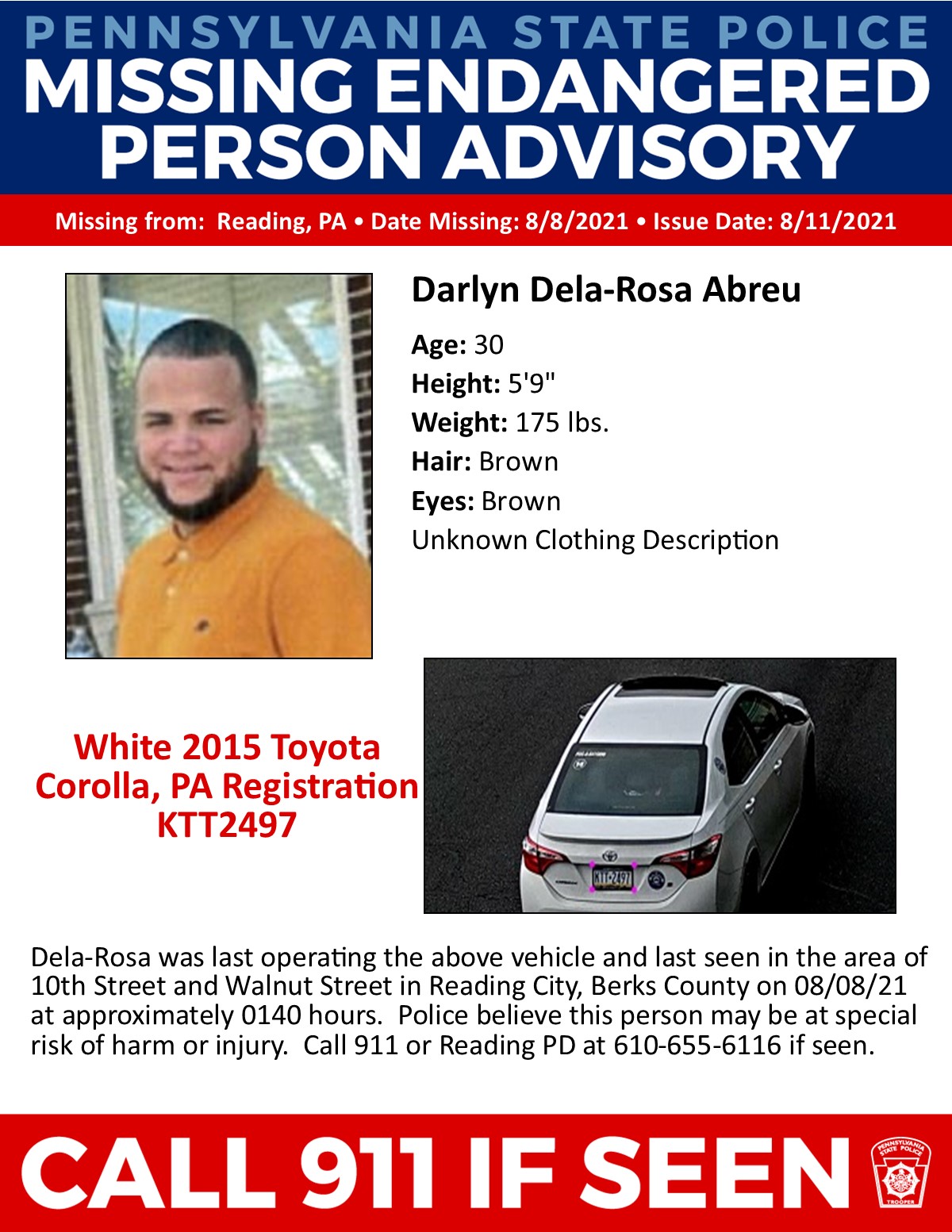