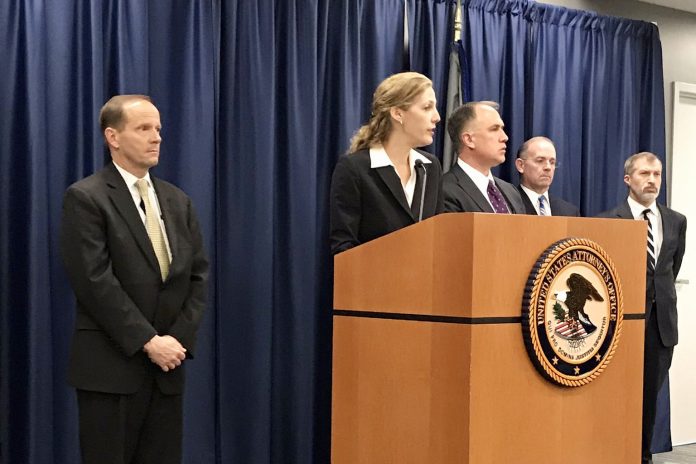 In September 2020, the defendant pleaded guilty two counts of sex trafficking minors, and one count each of distribution, receipt, and possession of child pornography.

The charges stem from Madera’s trafficking of two children, a 15-year-old girl and a 17-year-old girl, from about August until October 2017.

Madera forced the girls to engage in commercial sex for her own financial gain, all while plying the minors with drugs like Ecstasy and cocaine to ensure their compliance.

According to investigators, sometimes one of the girls would not make it to school the following day because she had been given so many drugs the previous night.

Madera also obtained a sexually explicit image of one of the girls and used it on a commercial sex trafficking website, advertising the minor for commercial sex acts using locations like the Quality Inn in Wyomissing, and the Days Inn, Kleins’ Motel and Roadway Inn, all in Reading.

Investigators say she would rent two rooms at the hotel: one room was for the commercial sex acts and Madera would stay in the other after meeting the sex buyers and charging a fee of $200 per hour.

After the 15-year-old’s mother reported her missing to the Reading Police Department in October 2017, Madera confronted the girl and assaulted her, stating “This is what you get for being a rat.”

“The crimes committed by this defendant will physically and psychologically impact her victims for years to come,” said Acting U.S. Attorney Williams.

“Madera advertised these children like objects and plied them with drugs so she’d be more easily able to control them. Her behavior is horrifying, and she deserves every single day of that prison sentence.”

This case was brought as part of Project Safe Childhood, a nationwide initiative launched in May 2006 by the Department of Justice to combat the growing epidemic of child sexual exploitation and abuse.

Led by U.S. Attorneys’ Offices and the Child Exploitation and Obscenity Section (CEOS), Project Safe Childhood marshals federal, state and local resources to better locate, apprehend and prosecute individuals who exploit children via the Internet, as well as to identify and rescue victims. For more information about Project Safe Childhood, please visit www.justice.gov/psc.

The case was investigated by the Federal Bureau of Investigation, and is being prosecuted by Assistant United States Attorney Sherri A. Stephan.