Every year, Blandon Fire Company, serving Maidencreek and surrounding townships, hosts an annual Santa Run. Despite the 10,000+ residents they visit, Fire Chief Daniel Miller and his crew make a routine stop at the Kostival family’s home to visit Sean Kostival, a man from Blandon diagnosed with Autism.

“Being able to see Sean’s joy is one of the various reasons we all volunteer. Being able to make his and everyone else’s day special is incredibly inspiring,” mentioned Chief Miller.

Michele Kostival, Sean’s mother, was just as surprised as Sean when he received his coat but, most importantly, was grateful for Chief Miller’s willingness to make his special day even more special. Sean Kostival, 23, enjoys Blandon’s Santa Run very much and can’t wait to see Santa and Chief Miller every year.

“Sean always refers to Chief Miller as his friend,” Kostival explained. “He’s been watching the previous years’ parades on his iPad and asking when the parade is since Thanksgiving. Chief Miller has been making special visits to Sean for years now and we’re always appreciative of him for doing that.”

When Sean isn’t spending time with his family, you can find him on the baseball field where he participates in Baseballtown Charities’ Dream League, an initiative that provides every kid the opportunity to play baseball regardless of experience or ability.

“I always look forward to seeing Sean at Dream League games. He always shows up with a big smile, is truly happy to be there, and his enthusiasm is contagious,” Tom Frebel, a Dream League volunteer expressed. “Players like Sean are what the Dream League is all about.”

Blandon Fire Company, located at 36 West Wesner Road in Blandon, and is 100% volunteer staffed by approximately 30 members who dedicate their free time responding to accidents, fires, medical emergencies, and other types of calls. Another portion of their time is spent on constant training and learning, fundraisers, and community events like this one.

“I’ve always had a passion for helping people inside and outside of the community,” said Will Tomes, Firefighter & EMT for Blandon. “Serving the community and continuing to help others in need keeps me going. What keeps me going most, however, are the brothers and sisters I serve with.”

If you live in Maidencreek Township and are interested in learning about how you could make a lasting impact on your community, visit blandon12fire.com/recruitment/ or stop by their station on Tuesday nights after 6pm for a membership application. 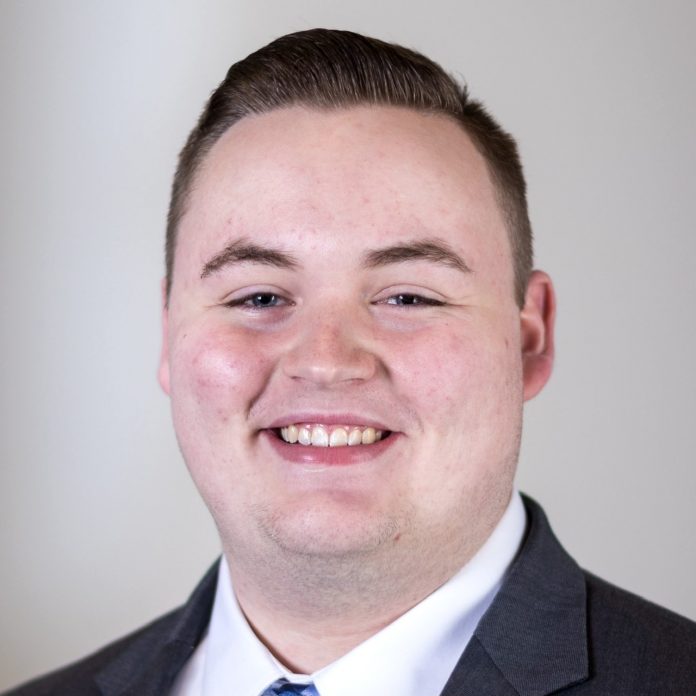