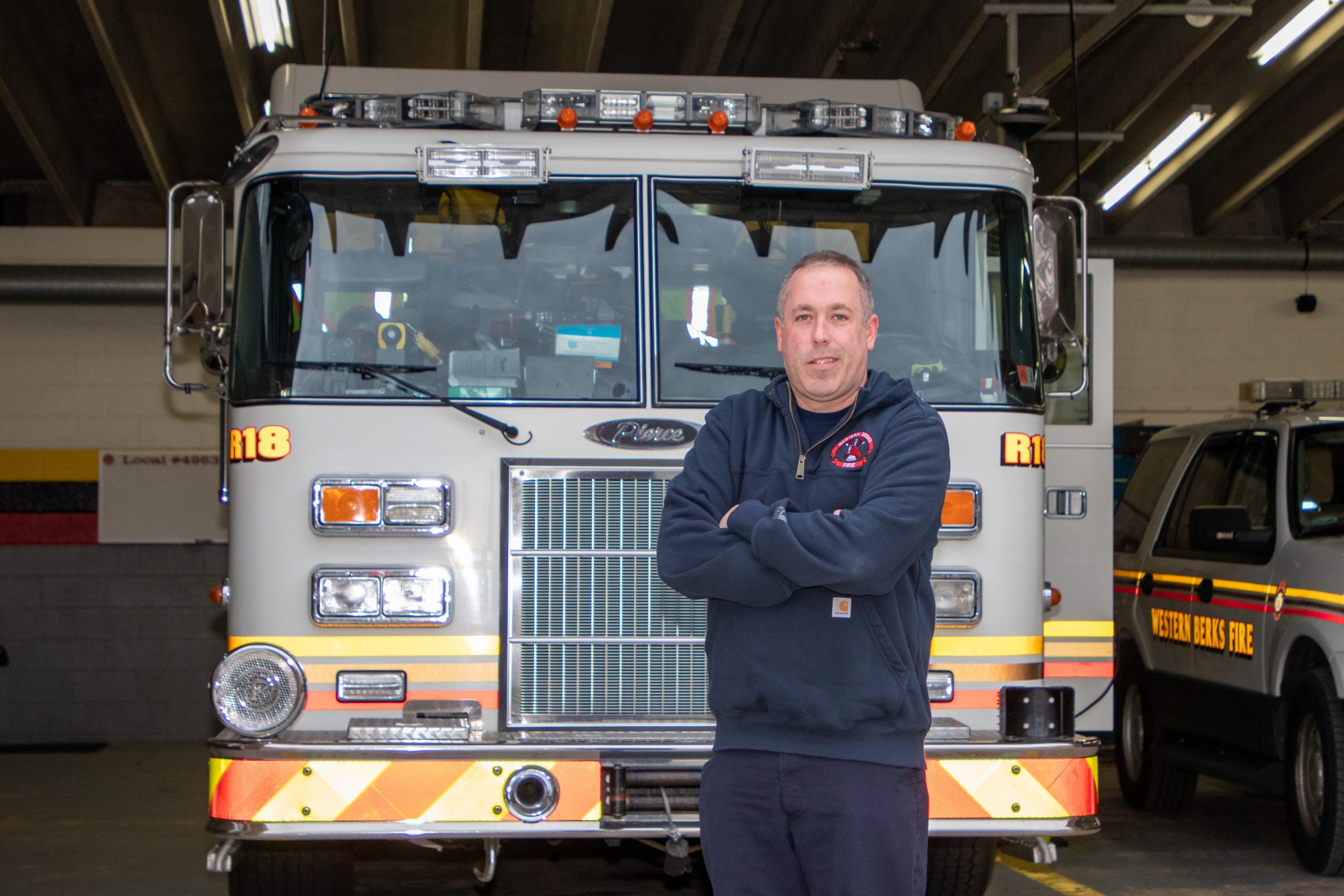 The Commission on Professional Credentialing (CPC) met to confer the designation of Chief Fire Officer to Jared Renshaw, the Fire Commissioner of the Western Berks Fire Department.

A voluntary program, the Designation program to receive the official title of Chief Fire Officer is designed to recognize individuals who demonstrate their excellence in seven measured components.

​Renshaw knew from a young age that he wanted to protect his community from fires. Hailing from the suburbs of Pittsburgh, he began his career by enlisting as a junior volunteer firefighter on his 15th birthday.

Once Renshaw turned 18, he graduated from being a junior firefighter and focused on firefighting throughout his college years. “I always knew that’s what I wanted to do as a career,” he said.

​Renshaw’s career has spanned the length of the United States. Following his years of service in Pittsburgh, he was hired by the James Island South Carolina Fire Department, and a position as Battalion Chief with the City of California City Fire Department followed.

It was the decision to start a family that ultimately brought Renshaw and his wife back to Pennsylvania in 2015, where he was hired by the Western Berks Fire Department as a Fire Commissioner.

​Receiving the designation of Chief Fire Officer is the most recent step in Renshaw’s career that shows his dedication to his work.

There are only 1,498 Chief Fire Officers worldwide, which proves how few applicants have the credentials necessary to receive the designation.

Once his application was submitted, it was dissected by a peer review team of two designated Chief Fire Officers. Once Renshaw successfully completed a phone interview, the peer review team recommended him to the Commission on Professional Credentialing, after which he received his official designation.

​The CFO designation expires after three years, and Renshaw shared that he has already downloaded the application to renew.

In addition to continuing service, education, and professional development, the decision to maintain the CFO credentials requires a large amount of community outreach and service.

“Giving back to the community is very important [to me]”, he said. “I love my job. I go to bed on Sunday night, excited that I get to go to work on Monday morning.”