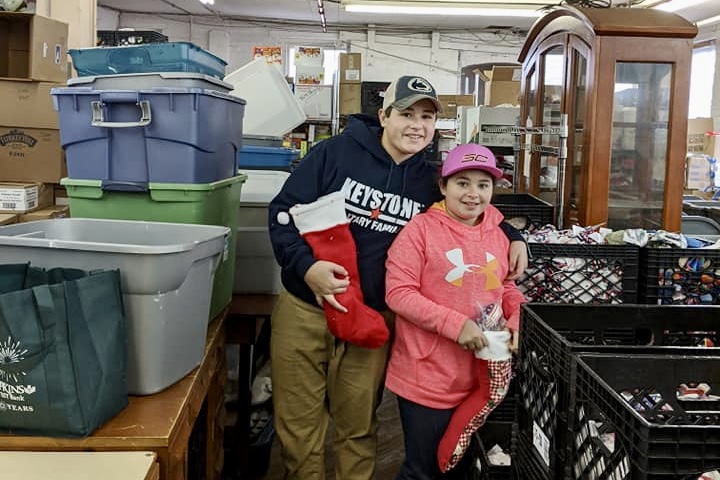 ​For nearly 20 years, Keystone Military Families has been assisting military family members and veterans in the community by providing for their needs.

“[We provide] anything a [military] family in need could want,” said KMF Director Kyle Lord. “We run a full food pantry, [and provide] clothing and household items.”

​Lord shared that KMF has served over 200 families a week during the pandemic by providing necessities such as food and clothing.

Due to Covid, rather than allowing military families to shop in-person at KMF’s over 7000 square foot facility, volunteers load the trunks of beneficiaries’ vehicles with enough fresh and frozen foods, dry goods, and dairy products to last two weeks. 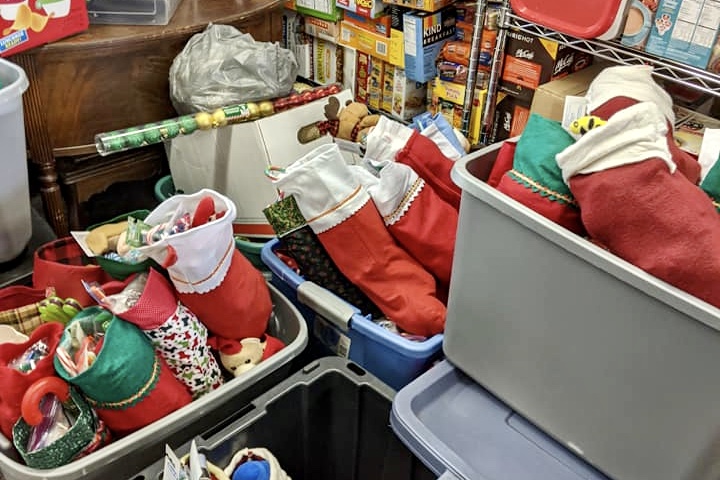 ​Since 2002, Keystone Military Families (formerly Keystone Soldiers) has been sending Christmas stockings to soldiers serving overseas for the holidays. Aptly called “Stockings for Soldiers”, this annual campaign has blossomed from sending their first shipment of 23 stockings in 2002, to sending 8,000-10,000 stockings per year.

​The success of Stockings for Soldiers over the last several years is due in no small part to the efforts of West Lawn resident Anthony Fiore, an 8th grade student at Wilson Southern Middle School.

Fiore discovered he had a passion for giving back to the community when he was in Kindergarten at Cornwall Terrace Elementary School, and his mother Lora suggested he volunteer by campaigning to gather Stockings for Soldiers donations.

For the last 8 years, Fiore–who is the Student Council President of his class and has been named the Youth Ambassador for KMF–would both speak at local schools and send form letters to school administrators to raise donations and gather supplies. He would also provide large boxes to each school participating in the campaign to collect donations, which he would check nearly every week.

​“This year, we need more help than ever to pull things together,” said Lord.

​Donations for Stocking for Soldiers are accepted now through the week before Thanksgiving.

You can send a donation online here: keystonemilitary@yahoo.com or, volunteer in person to help pack stockings at the Keystone Military Families building, located at 331 Main Street, Shoemakersville, PA 19555.