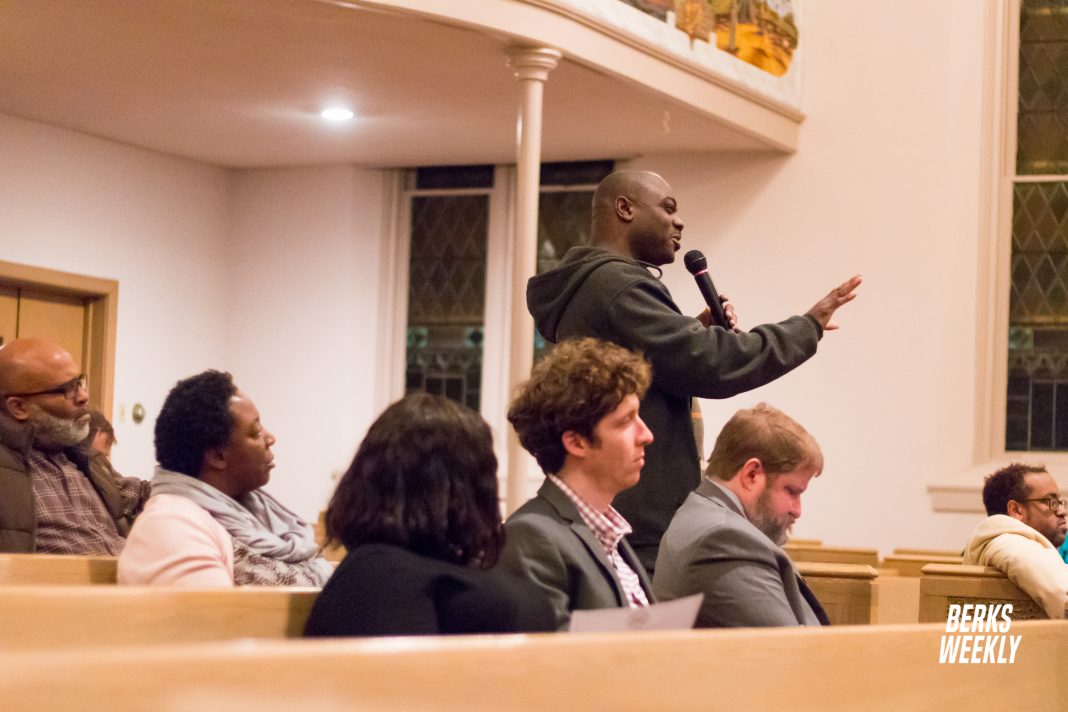 It has been a rough week for the residents of Northwest Reading. On March 16th the community was locked down for 18 hours due to an FBI standoff, and just days later, a 2 alarm fire took the life of two men on the 700 block of Schuylkill Avenue.

To help bring the community together, Mayor Eddie Moran and District 5 Councilwomen Donna Reed held a community meeting Tuesday night at Hope Lutheran Church where they were encouraged residents to speak about their community concerns.

“Sometimes events that aren’t so great impact us” said Councilwomen Reed. “We felt it was a good time to come together to have an honest conversation about how everyone feels and how we can build this community into something stronger.”

“It’s the little things that we have to do as an administration to help the community” said Mayor Moran during his opening remarks. “My intentions to calm some of the tensions in this part of the distinct, to remind you that you not alone, that were here with you, and make our community better.”

Several community members stood up with comments during the night. One resident expressed her concern over how the public was notified, explaining many without social media did not know about what was going on during the FBI standoff. Mayor Moran said he will be looking into the County’s alert system to see if they can partner to alert city residents.

“I just became aware of this particular system” said Mayor Moran. “However, as soon as I found out, I called Reading School District Superintend to make them aware of the situation. I also talked with the lead FBI agent in change, asking them to enter the house before school let out.”

Besides residents, a few local nonprofit leads came out to express their concern of emergency notifications. Chris Winters, CEO of Olivet Boys and Girls Club, who has a club on Clinton street, referenced an incident months ago where Bear Park was locked down by Reading Police. According to Winters, their club was not notified, which he said presents a risk to local kids attending the club.

Addressing Winters comments, Mayor Moran said “It is a point well taken, tomorrow I will be starting a conversion on how we can move forward with alerting our local nonprofits. I can’t make any promises, but we will talk about everything we can do.”

Following the discussion on the FBI standoff, residents engaged the mayor about traffic safety, repaving roads, and the his plans for Coronavirus.

Following the event, Amanda Rivera, who lives on North Front Street, said she feels optimistic that changes will be made. “I defiantly think it is a good start, but it’s the community that has to make a difference and make a change.”

Looking toward the future, Rivera hopes Mayor Moran will host more community meetings. “I want to see action, I want to see things getting done. He’s a new Mayor, we’ll see what he can do to bring change” said Rivera.