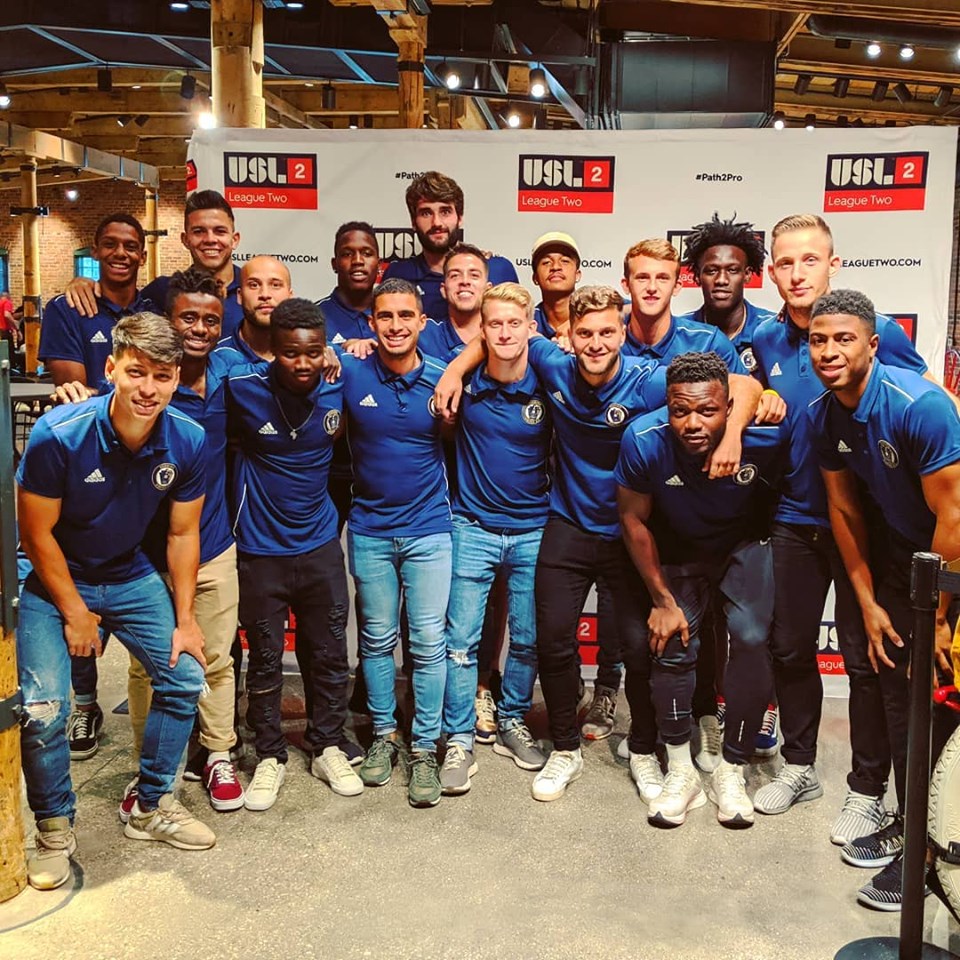 Five minutes away from glory last year, Reading United still carries a bitter taste in their mouth from last year’s loss in the PDL Championship to Calgary Foothills in front of almost 2,500 fans at Gurski Stadium. This time around, they’ll be 600 miles from home, looking to clinch the club’s first ever USL League Two crown. They face a tough test in Flint City Bucks, who are three-time champions of the league, searching for their fourth in front of a raucous home crown.

Head coach Alan McCann has the club focusing forward, rather than backward entering the Final. “We just approach this year as a brand new year. A lot of people have talked about last year, but we talked about the targets this year. We’ve already hit our first two targets (winning the Mid Atlantic Division and Eastern Conference), and now we’re looking to hit our third.”

Reading brings a battle tested squad to Flint, who have won all three of their playoff games by slim margins – two of which featured come from behind victories. An early 2-0 hole in the first half against Tormenta FC in the Semi-Final bout had Reading on the ropes, but waves of pressure in the second half finally relented two late goals in regulation from an exhausted Tormenta defense. Just when it looked like penalty kicks would need to decide the other half of the Final, Bakary Bagayoko was clipped down in the box, leading to a game-winning PK from Felipe Hideki in the 120th minute.

They’ll face a Bucks club that has arguably the best claim to calling themselves the finest team in league history. Over 200 professional alumni, (now) six trips to the finals, five regular season championships, and three playoff championships in 24 years of PDL/USL League Two play trounce entire conferences in the league, let alone one single team.

Late scores have been a constant for Flint City, as they’ve netted goals in the final 15 minutes of play in each playoff game, and did the same seven times in the regular season. They needed a bit of luck to even sneak into the playoffs, a bit more luck in their first playoff game against #1 seeded Des Moines Menace with game tying goals in the 90th and 120th minutes to advance to a PK shootout.

The club is led in part by Yuri Farkas, who has netted three goals in the playoffs, including the game winner against FC Golden State Force. They’ve put plenty of pressure on opposing keepers this entire season, netting 37 goals in the regular season and eight in the playoffs. However, the offensive output has occasionally left them vulnerable on the opposite end of the field, shown by the 27 goals they’ve coughed up.

“They’ll be good going forward and committing bodies into the final third,” said McCann. “They’ve come through some tough tests. We feel our style can expose them defensively. It’s about executing the plan.”

The game will kickoff at 7:30pm, and will be streamed online at readingunitedac.com/livestream.