A trash truck rolled over, spilling debris over the road, Monday afternoon on Route 10 near Philadelphia Ave (Route 724) in Cumru Township.

Reported just after 2pm, initial reports from the scene indicate several people were trapped in the cab of the vehicle, and rescued by first responders soon after their arrival.

Injures are unknown. The cause of the crash is under investigation by Police.

Fire Police had portions of Route 10 and Route 724 closed for clean up and removal of the truck for several hours. 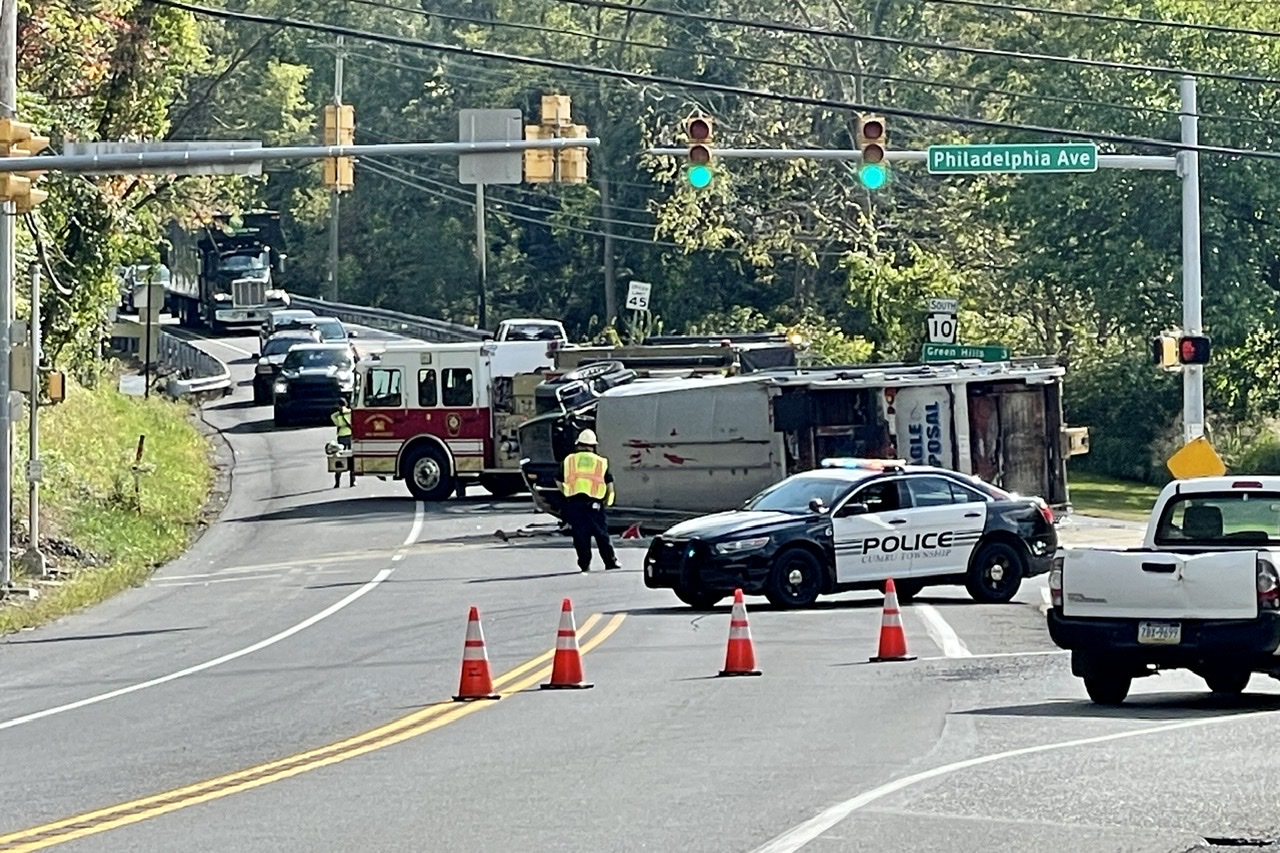