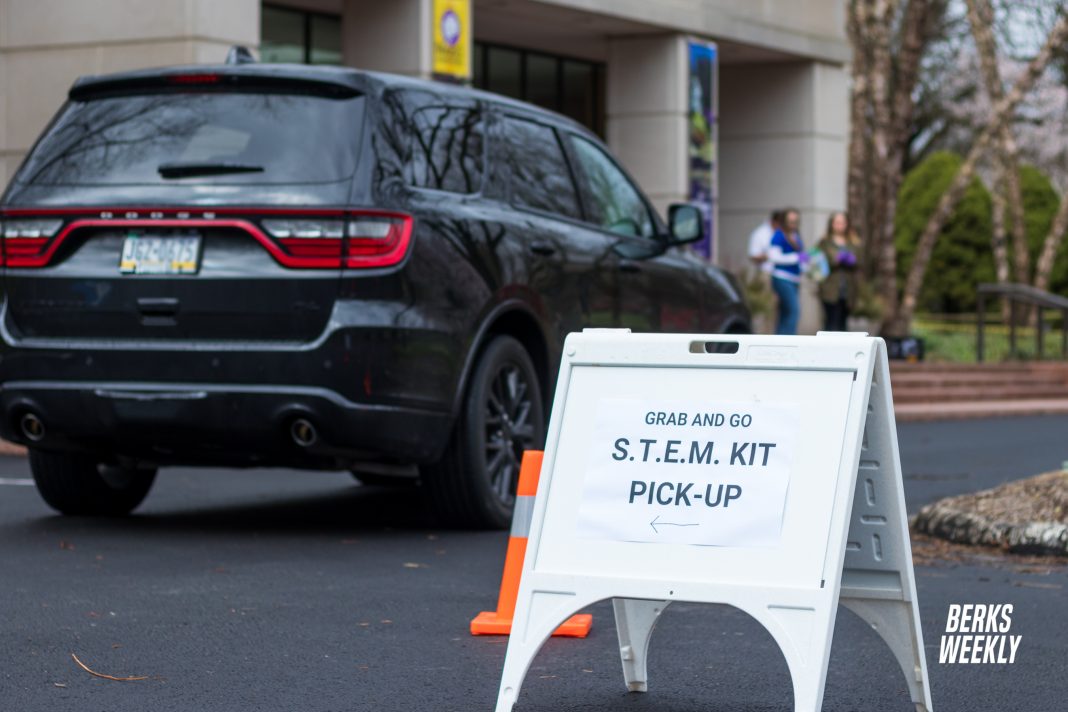 As Berks County prepares for a partial reopening in the coming weeks, the Reading Public Museum has announced that roughly 1,500 at-home science kits were distributed during the mandated closure through its drive-through, distance learning program.

The kits, supported by exhibition sponsors Penn State Health St. Joseph’s and Highmark, were distributed free of charge each Friday for the past several weeks, with The Museum asking for voluntary donations to support future programming. With most week’s kits selling out quickly, museum staffers worked to collect data relating to which school districts’ students were most heavily represented during the distributions.

Based on the voluntary responses of the adults picking up the kits weekly, the Wilson and Governor Mifflin districts saw the most students participating, accounting for nearly one-third of all respondents.

Exeter, Wyomissing, and Reading students each represented about 10% of respondents, and in all, nearly 50 different districts and private schools from across Pennsylvania and adjacent states participated in the program, including respondents from Maryland, New Jersey, and Delaware who were staying with family locally.

Wendy Kolller, The Museum’s Director of Education, commented “It was great to see the diversity of participating families, with some returning each week, to promote STEM education at home.”

In addition to the science kit distribution, new shows from the Neag Planetarium were released for at-home consumption each Wednesday as part of The Museum’s “Way-Out Wednesday” programs, with thousands of views by the public during May.

Both the kit distribution and on-line planetarium shows were suspended at the end of May as The Museum prepares to open its summer “Discovery Camp” for students beginning June 8. Museum Discovery Camp is for children entering grades 1 – 6 in the fall of 2020.