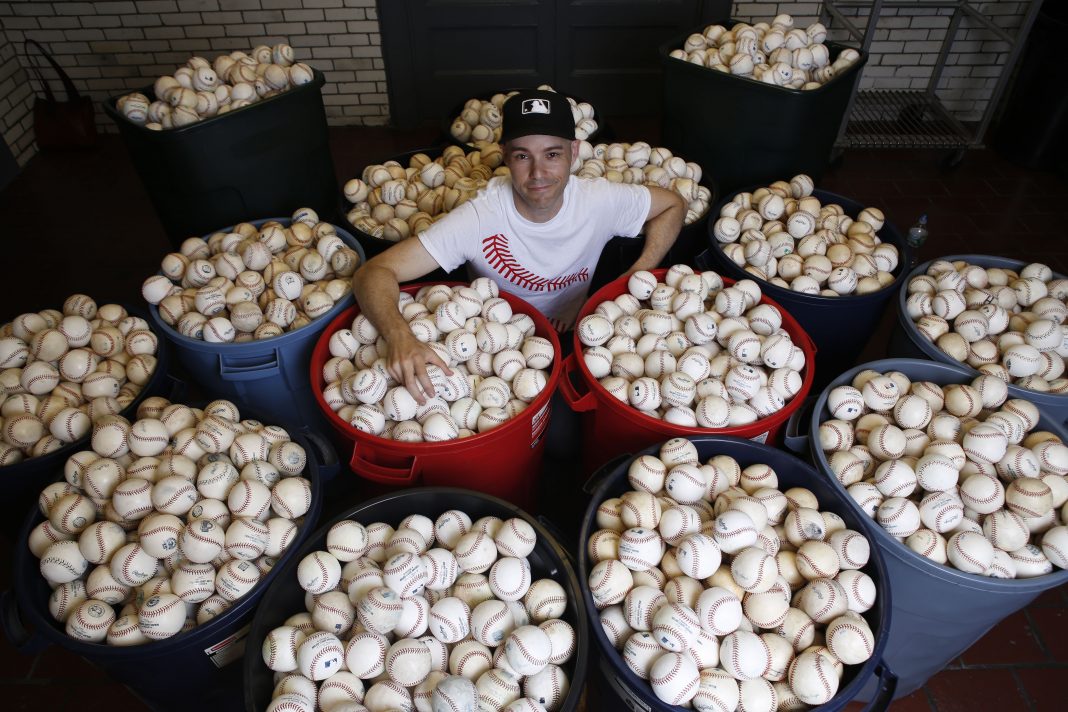 YouTube sensation and baseball superfan Zack Hample is coming to FirstEnergy Stadium on Thursday, May 30, when the Reading Fightin Phils host the Erie SeaWolves. Fans can shag balls with Hample at the Seidel Auto Group Deck or the pool area during batting practice, get autographs, and even have the opportunity to appear in Hample’s next YouTube video. The night will also include Post-Game Fireworks, thanks to BB&T.

Hample has caught over 10,000 baseballs and has attended games at 54 different Major League stadiums, including 24 that are now defunct or not typically used for Major League Baseball, such as the Tokyo Dome and the Sydney Cricket Ground.

Some of his most famous catches include Mike Trout’s first career home run and Alex Rodriguez’s 3,000th hit. Hample has 15 videos with more than one million views on YouTube, including one “Catching my 9,000th baseball at Chase Field” which has over 2.9 million.

Hample’s journey to Reading will mark the first time that a professional baseball team has ever pre-announced his visit to a stadium.

“Kids watch a lot of YouTube, and kids that like baseball have flocked to Zack Hample’s videos on YouTube,” said R-Phils General Manager Scott Hunsicker. “While some of us older folks may have never heard of Zack, many of us with kids know that our sons and daughters are riveted to Zack’s YouTube videos, where his infectious love of baseball marries with his quest to catch souvenir baseballs during batting practice, and during the game.”

“I can’t wait to get to the stadium and see everyone,” Hample said. “I don’t get to attend many minor league games, so I’m pumped to make this an extra-special day. Thanks so much to the R-Phils for making this happen.”

Hample, a native New Yorker, is an author and public speaker in addition to his YouTube fame. He has written three books – How to Snag Major League Baseballs, Watching Baseball Smarter, and The Baseball. Hample also runs a business called “Watch With Zack,” where fans can attend a game with him and he guarantees catching at least one ball.

Fans are welcome to enter the stadium at 4:30 p.m. to snag balls with Hample at the Seidel Auto Group Deck and the pool area during batting practice. No special ticket is required; all fans with a ticket to the night’s game will have access to this exclusive opportunity. Batting practice that night for the visiting Erie SeaWolves and the Fightin Phils is scheduled to run from 4:30 p.m. until just before 6:00 p.m.

Hample will throw out the first pitch and briefly address the crowd at 6:30 p.m., and will be available for a meet and greet and autographs beginning at 6:45 p.m. Hample will also move about the stadium during the game, giving fans additional opportunities to interact with him.

Hample’s latest book, The Baseball, will also be available for sale, and fans with a ticket to the May 30th game can pre-order a limited edition t-shirt commemorating the experience. These t-shirts read “R-Phils: Zack Hample School of Baseball Snagging at America’s Classic Ballpark.”