Seven Reading United Alums Up For Grabs In MLS SuperDraft 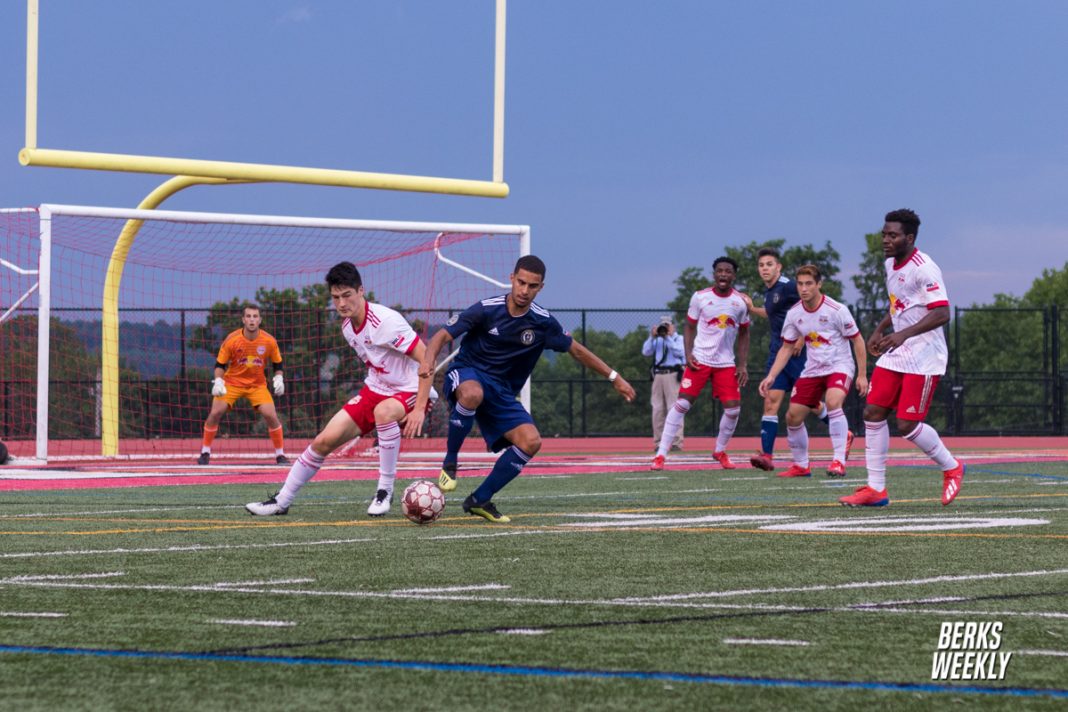 Odds are looking good that Reading United will be able to boast multiple draftees in the annual Major League Soccer (MLS) SuperDraft on Thursday afternoon for a 12th straight year.

Seven former Reading United players are eligible for draft day selection by MLS clubs, as they look to continue their dream of playing professional soccer.. Overall, Reading has had 67 MLS SuperDraft picks, with at least four alumni being drafted every year dating back to 2011.

The list had recently included Kalil ElMedkhar, who had bypassed the draft by ways of a trade of his homegrown rights to FC Dallas. Also eligible for the draft is Luther Archimede, who saw time donning a Reading United jersey during a friendly against Philadelphia Union in 2019.

Conte impressed at center back in Reading, but also in the midfield while finishing up his collegiate career at Louisville. The Philadelphia Union academy product saw time in three seasons with United, playing 3140 minutes and collecting USL League Two Defender of the Year, All-League, and All-Eastern Conference honors in 2019. Conte finished his time in Louisville with 25 starts in 31 appearances, with one assist to his credit.

Gelnovatch acted as backup keeper option during Reading’s 2017 season, being selected for the game day 18 on a handful of occasions early in the season. The Louisville product finished up his redshirt senior season, finishing up his career in Cardinal red with a 1.27 GAA in 54 appearances.

Hackenberg was a stalwart next to Conte in the Reading United backfield, and will be sought after as a left-footed option on the back line. The Penn State product played 514 minutes in Reading in 2019, playing 8 games in total. He had a breakout season in 2019 for the Nittany Lions, earning first-team All-Big Ten honors and United Soccer Coaches third-team All-North Region honors.

McCartney moved from his usual winger position to give United a left-footed option on the backline in their run to the league final in 2018. Dawson played in 10 games with Reading, tallying two assists in 859 minutes of work. The Big Green midfielder is a two-time All-Ivy League selection, scoring 8 goals with 14 assists in 43 appearances.

Monge appeared in one game in the 2018 season- the US Open Cup first round victory over Christos FC. The University of South Florida midfielder ended with 5 goals and 2 assists in 47 games for the Bulls. Monge also has experience at the professional level, with 3 games under his belt with Bethlehem Steel in 2017.

Quartey saw time in 12 games while donning the blue and gold, racking up three assists. The Villanova product put together five goals and three assists on the Main Line in 37 appearances.

Waite was a brick wall in the back for Reading during the 2019 season, starting eight games. The Jamaican-born keeper ran up a streak of 577 scoreless minutes during his first five starts. During his time at Fairleigh Dickinson, Waite allowed 41 goals in 40 games. He was due to play for UCONN in the fall.

The 2021 MLS SuperDraft will be held Thursday, January 21st beginning at 2pm. Round 1 can be watched at mlssoccer.com or the MLS app. Rounds 2 and 3 will be available at mlssoccer.com/superdraft/2021/tracker.