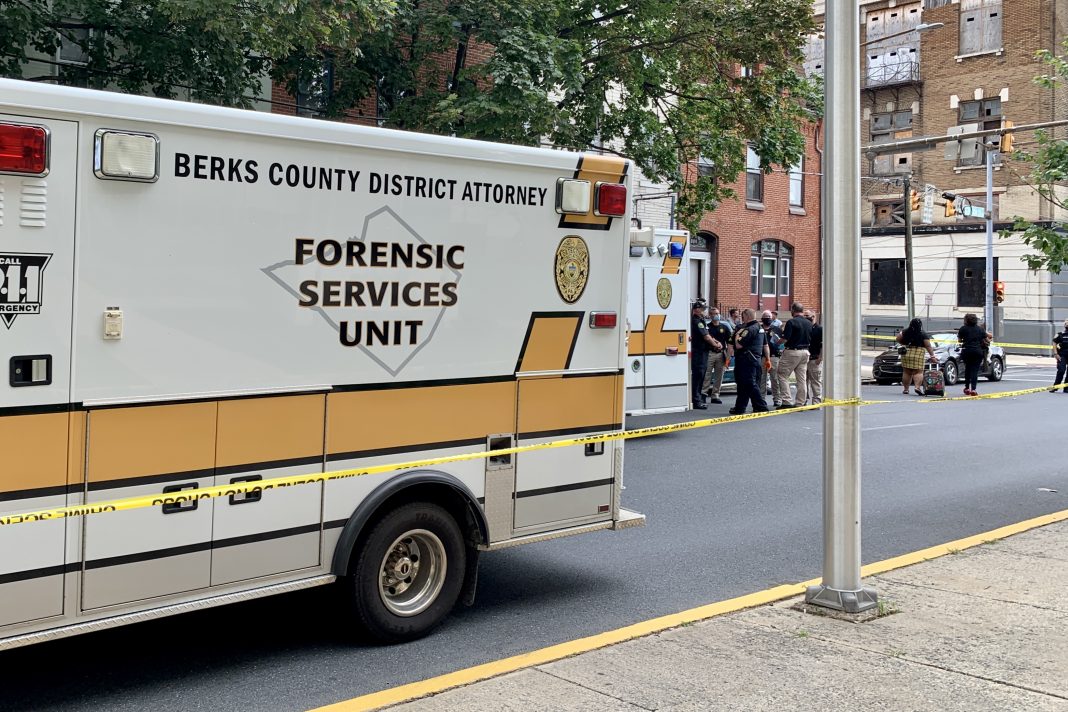 9/22/20 – Berks County District Attorney John Adams will hold a press conference on the status of the officer-involved shooting investigation that occurred on September 13, 2020, Wednesday, September 23, 2020, at 1:15 pm.

9/17/20 – Berks County Detective’s investigative team say they have conducted numerous interviews of both Reading Police Officers as well as residents from the neighborhood who witnessed events which occurred prior to, during and immediately after the shooting.

The Berks County District Attorney, John Adams, is planning on scheduling a Press Conference early next week and is expected to issue a legal ruling on the shooting and provide details related to this Officer Involved Shooting.

If anyone has any information or witnessed any of the events which took place in the area of S. 8th & Franklin Streets on Sunday morning, September 13, 2020, please contact the Berks County Detectives at 610-478-7171.